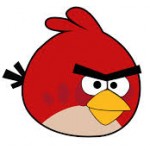 Rank: Avian Overlord with 17,745 points
@sglouk
Member Since: Feb 27th, 2014
Uncaged on: May 20, 2014
Platform: PC
Game Center: Sglouk
→ My Leaderboards
"Farewell @rat9, we all mourn you. You were the fiercest, most talented opponent I ever met. There is no doubt that many of your top scores will stand the test of time and that you will be remembered forever here. View