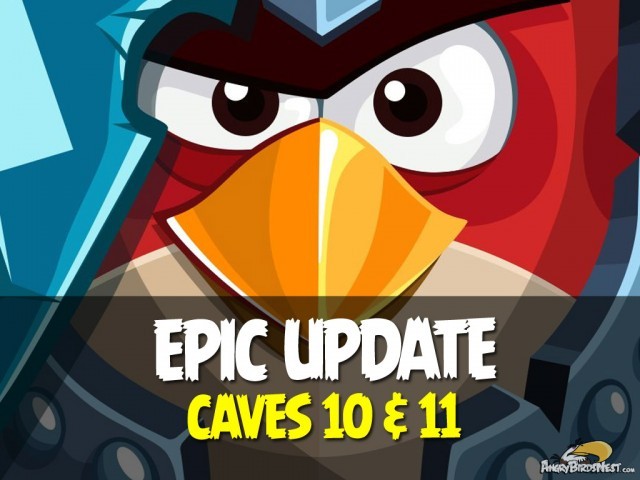 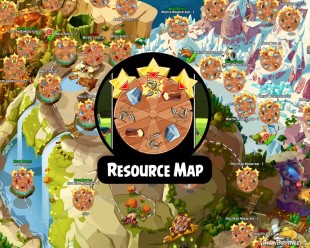 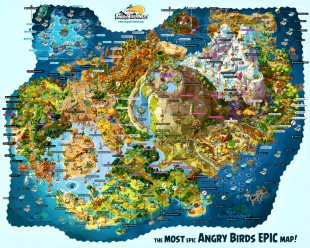 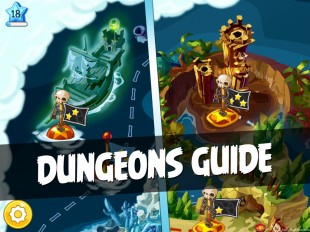 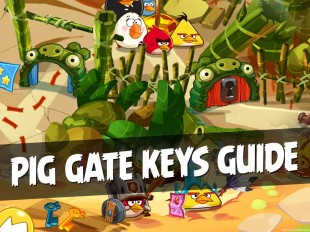 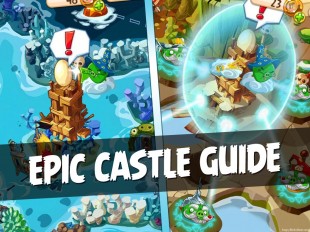 There are also a lot of more friendsip gates now, even on the normal story levels.

@dr_ishmael Oh, I thought the one on the mountain blocked the story path, but I see now that it didn’t

Those gates already existed, at least on my map. Been through them for many weeks now…

The levels have existed from the original release. They are now blocked by Friendship Gates, though the gates are unlocked if you have previously reached them.

I had 100 Mighty Eagle stamp cards, as you can see in my album. But after this update I only have 19 cards. I will contact Rovio immediately.

@chriss you probably spend them for shouthlings, at that is now possible

@amslimfordy: Do you think 19 cards is the maximum only for now or forever? After 19 cards will the Golden Pig reappear or not?

@chriss Unfortunately I just got a new card yesterday, so I’m very far from answering your question.

@chriss if you bought some mastery upgrades you get ..% discount if you trade stamp cards

@Chriss I believe they capped the max number of stamps at 19 in this release to undo the “unlimited replay” exploit.

@AMslimfordy @chriss true, 19 is max now. Other cards you got by an bug are removed now.

@AMslimfordy @chriss sorry about the trade function, i understand it wrong The more stamp cards you have , the more discount. not more :)

@chriss don’t get me wrong but I think Rovio did right thing. You did get 100 cards but you were willingly exploitng bug people mentioned on Epic forum. You might have million cards as well, but true maximum is 19.

@cosmo2503: No, it is unfair. Rovio also decided that there is a bird level (experience stars) maximum. But they never deducted any stars. I recently saw someone who is in bird level 99. So why they only deducted the stamp cards?

@chriss I personally spent hundreds of dollars on this game, started playing since it was released in NZ store, I never cheated nor exploited bugs. You had those 100 cards, which is 81 more then regular, Rovio took them from you and your discont on classes purchases are same as for other players. You also get lots of lucky coins replaying Cloud Pig level over and over and Rovio didn’t take those lucky coins from you and that is okay, still not 100% fair but okay…
As for players who are level 99, they are hackers and completely other problem. I hope Rovio will find way to block them from game as well as those cheaters who have unlimited number of lucky coins…
So enjoy in game, don’t be mad at Rovio.

@chriss I think they set it on 19 for everyone since its started. I have 19 also.
Do u remember if it started 19 weeks ago ?

I only have 16 stamp cards, because I’ve missed a few days. I think the feature was introduced 19 weeks ago, though.

I played day 4 this morning then updated the game. It automatically skipped day 5 and 6 adding the coins I think but not sure to my LC… Have to wait for tomorrow to see what happens .

Seems like this update also brings a major nerfing of the scissors set item. My scissors set still has a 33% chance of doing bonus damage, but now the description of it has changed and indeed, it’s only doing 25% bonus damage instead of 100% bonus damage. All other set effects seem unchanged though.

@partshade I hope it’s a glitch been using scissors all my life then bam! it gets nerfed.

QUICKLY! EVERYONE SPAM ROVIO TO GET THE SCISSORS BACK TO IT’S ORIGINAL POWER!!! but seriously, i got paper about two weeks ago before the update where they made scissors weaker and i was hoping i would get rock for scissors. now i want suger rush set…

Is there any maximum mastery ?

i figured it out. currently 10

Does anyone else’s event leaderboard show only about 6 people?

Did the event started for everyone at the same time? At the moment I started, there were people in my leaderboard with more than 5000 points

No, there was a difference. For some people it was open directly after updating and for some yesterday or today…

Seems like this update added a freeze glitch (on Android). After one or a few rounds when entering a battle the level freezes and am unable to use any UI buttons…only way is to force quit the game. Tried removing and reinstalling the game, but glitch remains.

Same here, the first battle is always OK, no matter how many waves it contains.
The next battle, touch controls are shut down and the only thing to do is force-closing the application (on my Note 3, the physical Home button is still working, allowing the user to force-close the game). Pretty frustrating when you just engaged stamina potions in an event fight or even worse, gold coins to hire some 3rd party to the crew, in the caves.

If I remind, something very similar happened during the previous event. It might very well have stopped at the same time the event stopped, without any update from the Store…?

@Rovio : according to the comments I can see in the Play Store, this issue is widely encountered. Thanks for fixing this a.s.a.p.

Odd thing is, that sometimes during before gameplay Advertisements pop-up…usually after an ad I can play another round…but then it freezes again. Wasted a lot of stamina potions aswell…Now I just force quit after each round.

The thing is, when one forgets to force-quit after each fight,the “punishment” might enervate a bit still. Yes, in case you are wondering : I just engaged 9 stamina potions in a fight that I could not perform…

@Bertolt Zalm Exactly the same here, wasted like 30 stamina allready and some borrowed birds due to this!

@bertolt zalm, @josm — Have you submitted a support request directly to Rovio?

i just figured that even if u loose a level in the battle, you still get rewards.
I choose one requiring 12 staminia giving 1200 rewards and lost in the middle. So it said battle won still and was given 250 rewards coins..

How many stars do I need to get the new bonus shown in the top part of the totem?

That bonus is not known yet, it shows a ‘?’ coming soon

For that matter, how many stars are there currently? Rough count, I get 846.

New bug introduced: After playing the first level you played in the game (it can be any level), the next level you will play will not respond.

that must be an unfortunately timed freeze for you, this never happens for me

Also, this usually happens to unfinished levels. Sounds and music also went out.

Update seems to have 1 bug and 1 annoyance.

The new adds on IOS (the ones you have to clear in the upper left) seem to have a high chance to cause a memory leak or at least massive slowness if you close the ad early. On my iPad 2, I stopped cutting these adds off early just to try to avoid this, as it makes the game nearly unplayable.

Also, if you happen to click an ad (accidentally or intentionally) after starting one of the new event levels, your browser or app store will open. When you go back into the game, your stamina will be gone even though you never got to do the battle. The stamina should not be removed until after the ads are gone and the battle begins.

Sorry for Off Topic>>

Facebook and rovio no longer can be signed in at same time, plus my battle counter seems to be stuck at 475 any help would be appreciated. I BC of this issue I can no longer send or request friendship essence , or roll on friends pig machine