Ahoy! Ye scurvy dogs! Halloween is almost here and Plunder Pirates is getting in the spirit with its first Halloween themed update. This update includes a bunch of fun goodies, including a massive walking corpse named, Frankenbrutenstein. 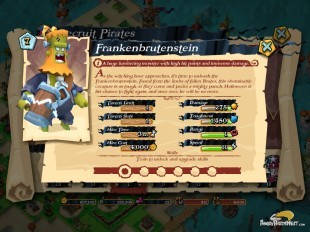 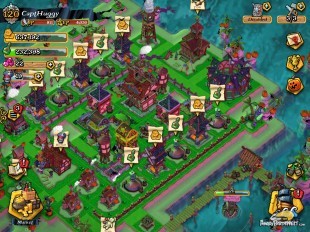 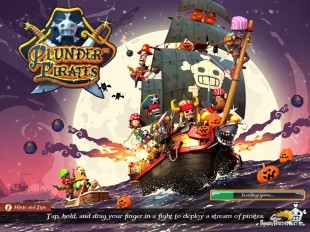 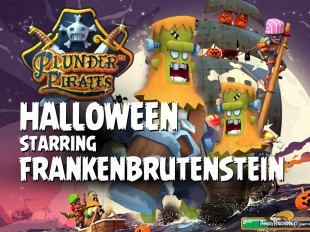 That’s all she wrote! Go download the free Plunder Pirates Halloween update today and let us know what you think below.

I’ll post with any other goodies i come across. I know Midoki delayed his update by two weeks so they could add in a lot of player requests.

Well, I’ve explored everything about the update, and here’s my thoughts:

The devs did a great job,but it was a bit of a letdown for me. The devs have been amazing about hanging out in the forums, listening to player requests, answering questions, and helping out anyone who needs it. When the update was delayed so they could “Add a lot more things”, many players expected them to address gameplay issues, bugs, and add some most-requested features. Apparently, that wasn’t the plan. This update was to add the Halloween tie-in that many other Rovio games are also doing. A few minor bugs were fixed, and a few minor features were added, but nothing of any real significance. Also, despite the changelog stating that several major bugs were fixed, it seems that they still exist.

As for the Halloween additions, they are pretty fun. There are a LOT of pumpkins covering everything, though, so it makes it a bit hard to see your town. The new mortar and bunker upgrades? Great, If you are high level. Most people won’t get to use them for weeks or months.

The new quests: I like them. Easy gems are always a good thing. Three of the quests are so easy anyone could beat them,, but the fourth one (witchy squid) seems to be for high levels. Nobody in our guild has seen a squid anywhere on the map, and we’ve uncovered roughly 90% of it.

What I liked the least was that they removed my favorite toy: 3D replays. I think they did this because it’s not fully-implemented, and wasn’t supposed to be accessible, but they worked fine, and were amazingly fun. There was no downside that I could see to leaving them in. I really hope this feature is brought back soon

Disappointing update aside, this is a very fun game, and in time, I expect it will be way better than CLash of Clans. If you use iOS, I recommend checking it out. (Android and Windows Phone get it in 2015)

If you’re playing, and need a guild. ABN has one! Search guilds for Tortuga Nest . Currently, most members are just random pirates who wandered in, but they’re a great group of people, and we’re getting ever closer to making it onto the leaderboards. My name in it is Kel, and I handle the day-to-day stuff.

If you’d like to join, send a request, and please be patient. Myself or the crew will accept the request when we see it, but that may take anywhere from 30 seconds to an hour.