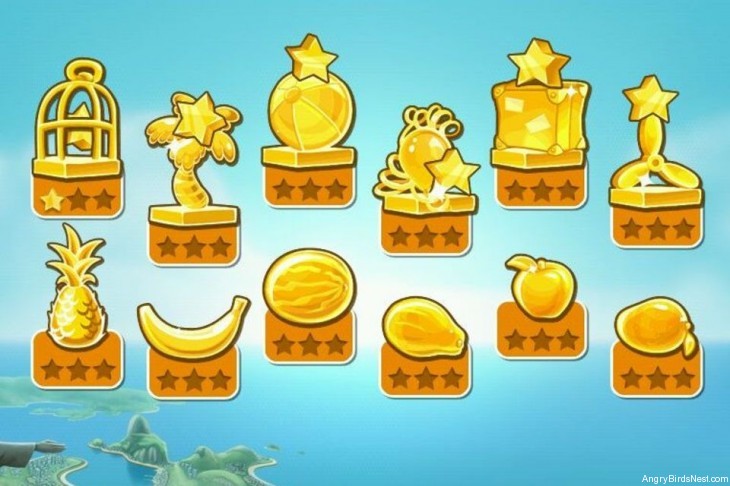 With all this talk about Angry Birds Space, no one was expecting this…

Rovio specifically said that Angry Birds Rio was not finished, and we now have proof. A bonus update (v1.4.3 / v1.4.4) is now available for iOS and Android via the Amazon Appstore and Android Market, with other platforms coming soon. From the original release of Rio, we all hoped and prayed that hunting down 90 fruit would yield some sort of reward, and Rovio has responded!

We will continue to update this post as our pages come online and as the update lands on other platforms. A special thanks to @rasmith8357 for being the first to tip us off about this, and for helping us out immensely with imagery. 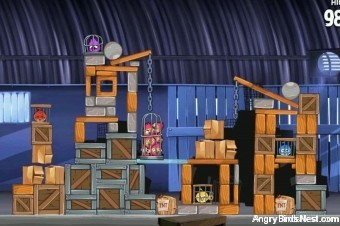 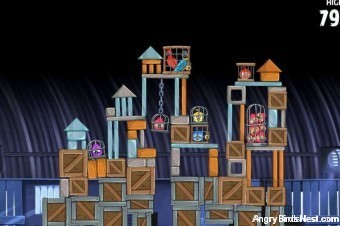 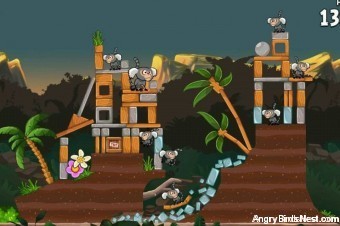 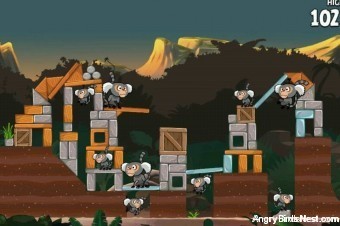 What’s taking it so long to come on other platforms?

I agree … it’s been forever, and now that I’ve done all the Space ones, I’d like to see the Trophy Room and the Surf and Turf. Ideas?

when will it be available for PC?? I wanna play them

Soon, but we don’t know when precisely.

thanks for your answer… because every day I open angry birds rio and it doesn’t update! I hope it comes out soon

Haha! Just love how Rovio has been releasing updates today!

I wonder what’s the next update

…and when? it seems like a lot of other updates are happening but not this one. they should just put one more episode an end it there. rio was never as popular as the others anyway

You would have to ask Rovio about that. As far as we know, Symbian must be developed separately.

AMslimfordy,I just heard that there will be a New Rio movie called Rio 2,what could the Rovio team do now?

Are they going to make another Rio app?

They very well could. I believe this was a very successful promotion for Fox and Rovio.

Did it say when its coming out, because that might be how long we have to wait for an update.

Please, what is the thing between the “beach ball” and the “suitcase” and is there a walkthru for it?

It’s a balloon from the Carnival Upheaval Episode. There are two “carnival themed” levels in the trophy room: Balloon Trophy Level and the Papaya Trophy Level.

I looked on this website and found where the upgrades were mentioned but I couldn’t find anywhere to actually download them. I have the games on my laptop and my cell phone..

Depending on your mobile device,mayo should check your phone’s AppStore for updates.

For PC, where did you download the app from?

Note, i cannot see it on Nokia store, but you tap on in app update icon should be work.

Just got many reports from my friends that this update is now available for symbian devices :D

Ya, I already installed. But i think a little glitch on trophy room, when select a level, game will freeze few sec, no showing loading.

I’m looking for some help with the balloon trophy & the propeller trophy. They are the only 2 I have yet to get, but I don’t know where they are. I know the golden balloon is in Carnival & the golden propeller is in Smuggler’s Plane, but I can’t find them, nor can I find a help video here. I’m missing something. Help! Thanks.

Those levels are unlocked by 3-starring all levels of Carnival Upheaval and Smuggler’s Plane, respectively.

Correction @amslimfordy – Those levels are unlocked by merely completing all of the levels within the episode. There is no star requirement for the awards room levels.

I should have read my own correction in the post, eh? *slaps own hand* Thanks @Burbman.

Hi i have some problem – i have registered pc version of Angry Birds Rio. I have all three stars and throphies but i can’t enter those levels – why? (i click on them but nothing happens)

Which levels can’t you get into, just the trophy levels? I’d recommend opening a ticket with Rovio support. You can do that here: