No, Angry Birds is not partnering with Goat Simulator, though that would be Awesome with a capital A. This coming Thursday, February 19, 2015 marks the start of the Chinese New Year and this year is the Year of the Goat.

Yesterday we already saw two Year of the Goat themed updates: one to Rovio Stars / Midoki’s hit Plunder Pirates and the other to Angry Birds Stella. Today a bunch of other Rovio games are joining the party with all new goat-themed updates.

Here’s a breakdown of what to expect: 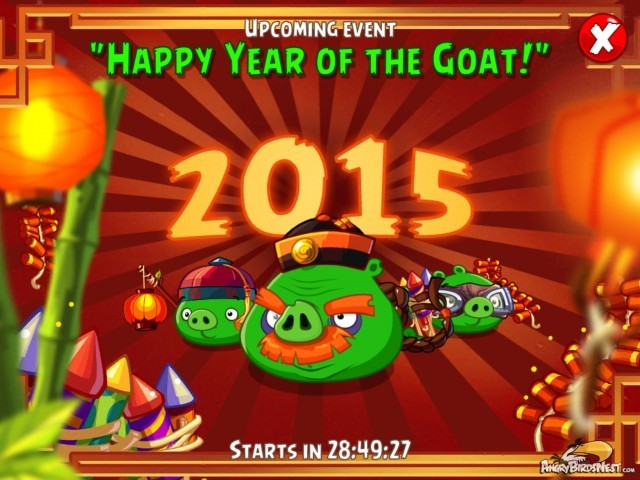 The biggest update of the day goes to Angry Birds Epic (v.1.2.4). This is the one many of us have been waiting for for awhile. This update includes a Year of the Goat themed event, as well as a bunch of long awaited bug fixes — namely the ones affecting the PvP tournament. Check out our Angry Birds Epic forum for all the ongoing conversations. 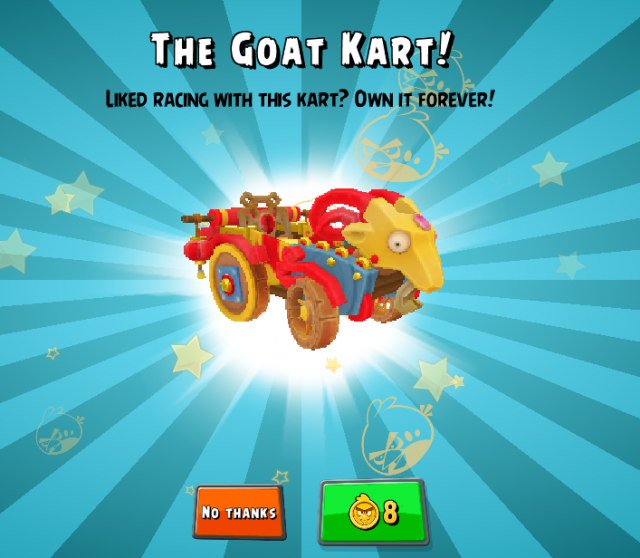 Go kart? No! GOAT kart!  This Angry Birds GO update (1.6.3) include a new border around the Rocky Road levels on the main menu, and the addition of the new Goat Kart, which you can purchase for just eight bird coins to retain permanently in the game.

Happy Chinese New Year! Ring in the Year of the Goat with a crazy new kart. Ladies and gentlemen, behold The Goat Kart!

This update actually doesn’t seem to be connected to the Chinese New Year, but it does include two new slingshots. While nothing has been announced, it’s possible we’ll see a Year of the Goat themed Angry Birds Friends tournament next week.

These special slings are awarded for outstanding league performance – climb to the Gold tier to earn the Bouncy Sling, but make it to the Diamond Tier and claim the Diamond Sling! It’s like a bling sling. Blingshot? Whatever you call them, these new slings have their own special perks. Earn them both to find out what they are! 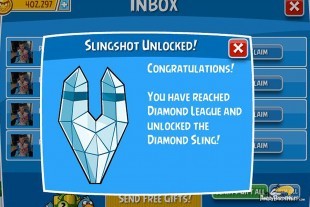 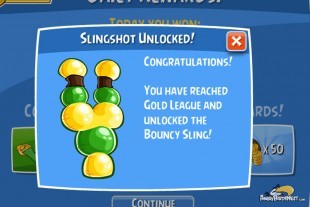 Don’t forget Angry Birds Seasons. Tomorrow a new Pig Days level unlocks that has Chinese Lantern icon. It doesn’t take a rocket scientist to figure out what the theme of this level will be.

Want to learn more about the Chinese New Year?  Head over to Wikipedia to get your learn on.

Well, there you have it. Do you enjoy these type of holiday-themed updates?  Are you just happy for any update?  Were you born in a year of the goat?  Will you be purchasing the Goat Kart?  Bleat your thoughts in the comments below!

Many concern the PvP and according to my tests, can be realized only during classified fights. (Example : win a fight with every class. Realized in not classified fight but no freed achievement or then I takes me there badly).

Some are retroactive (meet Terence and Explorations of caves) and other steps (participate in an event of every type, reach the 1st place of an event).

All which concerns the PvP is to be made for me because I did not play it. I think it’s a pity that Rovio obliges the player to play on-line…
I hope at least that to reach the 1st place of the league diamond will not be too hard…
Moreover it is simply to achieve or is it necessary to finish 1st ?

@grimmjow Let’s hope the events of those achievements will re-appear in the future. As for 1st place in Diamond league, it will depend on the stubbornness of the competition.

Yes, we can suppose that if there are achievements concerning these events, they will return.

I have to win with every class of the classified fight and the achievement it is freed. The notification did not appear at the top thus I was afraid but by going to verify, it was good.

In your opinion, when they tell ” to reach the 1st place “, it is just to reach it during the event / league or to finish 1st ?

The new event arrived. After 4 fights I passed 1st of the classification.
By going to verify the achievements, the releasing of that requiring to reach the 1st place. Useless to finish 1st. We can suppose that for the league of diamond it is similar.

it’s the year of the sheep too

I think the Go! Lucky Goat kart has problem, because I die about 50% of the time on random occasions, such as jumping (with nobody around me) gently bumping something (such as a wall) or by just driving- even with a fully upgraded Lucky Goat, it is still weak

Has anyone else been experiencing this?

Epic update is disappointing. Yet another update with no new caves or levels. For me, with all 250 medals, events are not interesting (unless I play for the new achievements, which I should have gotten for the past events but didn’t). Lets hope for a real update, the solution of the star reward puzzle and level 45, soon.

The issue is with ART on Kitkat.

ART is supported on Android 5.0 (Lollipop) in Epic but ART was changed A LOT between the beta version in Kitkat to the final version in Lollipop so from a developers stand point it might not be worth the trouble of fixing the app for support for an OS version that will eventually be phased out, especially since ART is not the default runtime in Kitkat.

I’m hesitant about updating any of these apps; the last time I updated AB Go I lost my Air and Stunt karts (but nothing else, thankfully).

It pays to complain sometimes…

I updated AB Go and lost my fully upgraded Rocky Road kart. I do, however, still have the partially-upgraded one I got with a Telepod.

I’m starting to get annoyed at the losses in AB Go. First Rovio moves Sub Zero to before Air and Stunt, and thus I lose my karts in those two chapters. Then they update the kart in Rocky Road, and I lose my regular kart in that chapter too!

Epic PvP seems completely messed up with this update. My flag banners have all disappeared, and I can’t access any fights. My position has dropped so not sure if everyone is affected by this?

I’m glad I took the time to make it to diamond on friends now. Unfortunately, I’m stuck at a league rating of 599 for the last 2 tournaments and can’t transition to diamond for some reason. Anyone have any idea why that is? DO I need to come in first to transition?

Looking forward for the new event in Epic tomorrow. As for the Banners Battles, I’m hating them…

slow startup on freinds, black screen about 10 sec, then rovio screen half minute.

I’m playing the new ag epic arena league and with all the changes now my 2 banner sets are very low in points my one was 10410 and now is 9400 and my other wax 9890 is barely over 9000 theses sets I paid for with gold coins and a lot of spins. Will they return to there normal point level because now I’m running into players with over 12000 and getting butt kicked

um, when I played Angry Birds Go on my Ipad, My progress on rocky road was gone, and my level 4 go cart in seedway was at level 2! Why me now!?!

So I had 10 rolls after completing the Epic event that just finished yesterday, and it should have classed up at least 6 of my birds, but it only gave me credit for my first roll. I’m really disappointed in this. I’ve been saving up my friendship essence for this event, and I just wasted 9 rolls costing me 90 friendship essences. Anybody else experience this issue?

Dave, you are suppose to only have one roll.

Hi Dave. I think you got confused by what “re-spin” means. You don’t earn the result of every spin; you can “re-spin” if you don’t like the result and gamble for a new result.

You only ever get credit for results of the final spin.

Nice update to GO and appreciate getting the Goat kart for a good price. It would be nice if Rovio and Hasbro would team up again to release the telepods for the rest of the karts in the game. It is very convenient to refresh a kart through a telepod.

These updates are the best of always! I love the Lucky Goat 888!