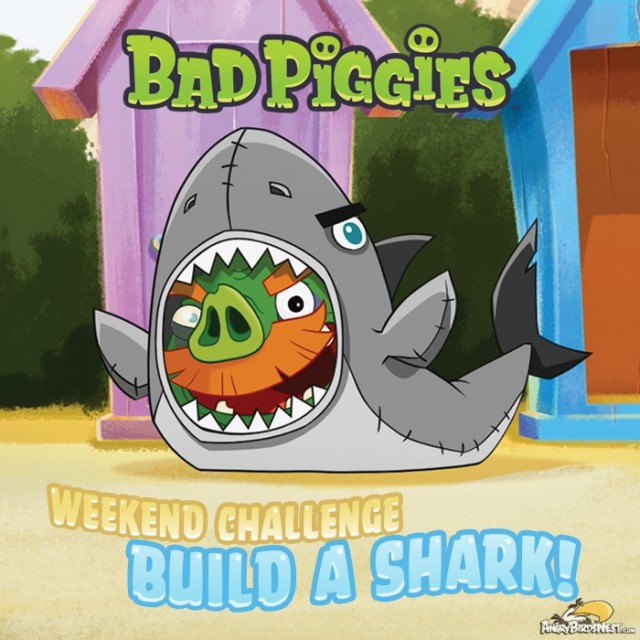 “Join the Navy and see the world, they said. It will be fun, they said…”

The Bad Piggies Weekend Challenge is steadily becoming crazier and so have we adopted equally insane means to tackle them! Last week we utilized Stark Industries knowhow to develop the Sandwich, Self Assembling, Air Mobile, Mark 42, making all known food delivery technology obsolete in a frenzied flurry of self-propelled buns and rocket-boosted beef patties.

Sadly, this technology will likely never see the light of day over the United States of Bacon, due to FAA restrictions on commercial drone flights.

But worry not, the Pigineering Department has strong international ties, after all, we are a worldwide community of Bad Piggies players. This week we accompanied the royal entourage to an island resort “somewhere in the Caribbean“, where King Pig was cruising around in a luxury yacht that looked like it was built for a pig five sizes smaller than himself!

Sailing under the moonlight, the King Pig did not notice the ominous whop-whop of whirling ROFLcopter blades nor did he spot the towering black masts looming over the waves like the infamous fin in Jaws. Within seconds, rogue Akula-class (Russian: Shark) attack airships descended upon the hapless, overburdened royal yacht and tore it to pieces with mighty mechanical jaws!

In what is to be known as the most infamous Independence Day weekend of them all, the King Pig was forced to cosplay as a fish to avoid being shark fodder while all through the night, Mayday calls filled the airwaves, reporting unidentified hunter-killer “flying sharks” indiscriminately attacking civilian shipping all along the Piglantic coastline. 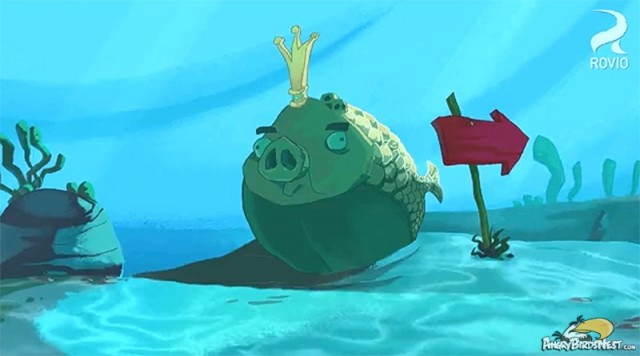 King Pig in hiding, disguised as a fish in Angry Birds Toons.

The King Pig, addressing the nation the following morning, vowed to hunt down and bring to justice those responsible for this “indiscriminate act of terror”…

This article was inspired by various current, past, and near-historical affairs. And of course various obvious references to well known movies. A working prototype of the shark attack can be viewed in the Serenity Barn Swallow video we made some time back. I just scaled down the ‘mouth’ part for the surprisingly agile flying shark attack simulation.

Check out the incredible Bad Piggies Weekend Challenge hosted by Rovio Social Media Crew here on Facebook! Be sure to check out all the awesome Community entries here on Facepork!

Pigineering is the original Bad Piggies “Facepork” fanpage, founded after a chance meeting between the Angry Birds team and yours truly sometime in September 2012. Be sure to like our Facepork page and visit the top secret Field of Dreams Proving Grounds at Area Piggy One (51) to see the latest pork secret experimental wonder-machines before Angry Birds  pop us for 5,000 points! 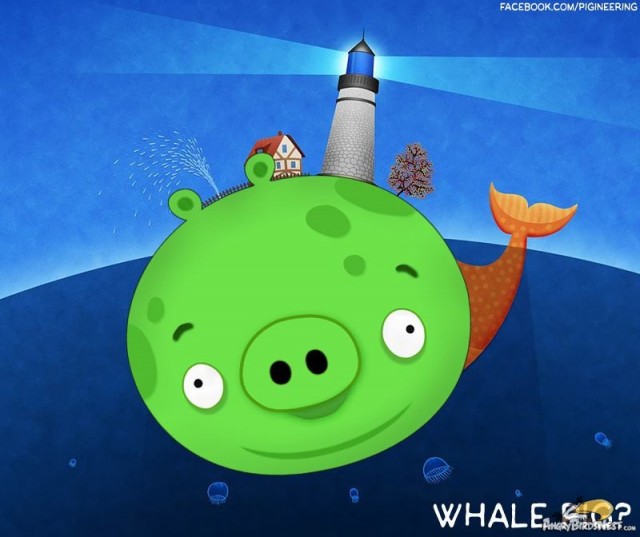 “I don’t see how we can rig THAT for silent running.”

This is awesome! How do they come up with this?

I think up wacky pig ideas at work especially when it gets stressful. I just assemble them after work, record them (if they’re mobile contraptions) and don’t really remember what I built. Corporate rat race induced memory loss :)

@les-toreadors When I try to click on stuff in blue, some of them give the message: the page left to vacation in rio.. (not working)

There are a few direct links to youtube that don’t seem to work right because they ended up being relative links to a local page. I’ll let @birdleader know to look into it, thanks.

I made a Shark that attacks to a Bad Piggy! Watch this Funny video:
http://youtu.be/5DGsWUuxU4M
@Les-Toreadors Thank you for bringing BP news to ABN :)

I just shared that video on Facepork :)

Hilarious how the pig has the scared expression like, permanently while running away from his own gigantic shark balloon!

I do not know what is more enjoyable, viewing the machines or reading the write-up (what a hoot).

I might be a tad late, but here is my shark:

Haha, don’t worry, it’s customary for Bad Piggies to post “Weekend” Challenge results mid-week or something. We see that all week on Facepork!

I like the use of the grappling hook launchers as “teeth” – very creative!