We’re already working on the 3 star and Golden Egg walkthroughs and will have those posted as soon as possible. 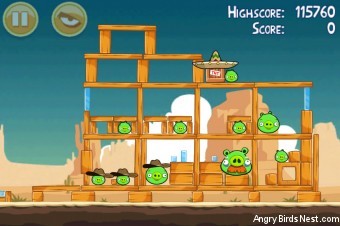 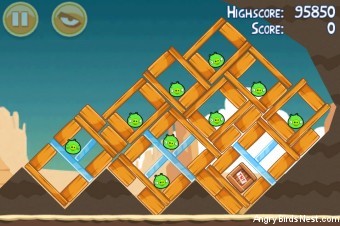 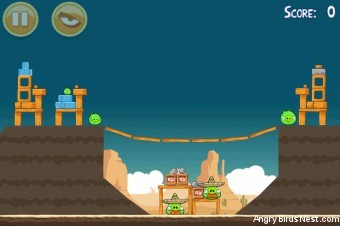 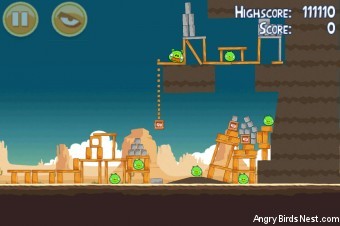 will update for pc automatically go on there if you’re online?

I believe you are notified in-game of an available update.

Installed this update, played the mine levels but ham em high level 3 still has the padlocks on?

nope. didn’t work for me.

Hmm, odd. Perhaps close out of your app and re-attempt. This issue was first mentioned in this forum post so you can see how it has been corrected by other users.

Yes, many thanks that worked for me.
Just replayed the last level and it opened it up!

not sure. i am playing on the pc though.

the recent update appeared to have unlocked 14, that is it doesn’t say “coming soon” anymore, but it still is not unlocked. I’m using a mac. should i reinstall or what? HELP!!!!

You need to re-defeat level 13-15 to unlock Chapter 14 (some users had to defeat it a few times; others day you have to set a new high score)

i think i’m just going to buy it again, the standalone version. because i’m using intel appup, and it hasn’t updated yet. and that’s not cool. another 5 bucks isn’t going to break the bank for me.
i tried to beat 13-15 again. i got a new high score, and i actually got 3 stars, but still didn’t open chapter 14…

Only other advice I have is to restart your entire computer and try 13-15 again. As far as I’ve heard, everyone eventually unlocked Ch. 14, but they were never too specific about their process.

I understand your frustration and I’m surprised it is taking this long as well. But Rovio has confirmed AppUp will receive updates.

I still see “Coming Soon” on my mac for 16-45 Ham ‘Em High although I haver three stars on every level prior and even defeated the second level again. Is it not out yet?

It is out. Just takes a little cunning. Restart your device, defeat level 13-15 again.

Didn’t work. Have beaten it several times, even with a new high score of 143,000

Have you tried restarting your computer and giving it another go?

I’m playing on an android. Is level 14 anow available?

Android is currently up to Chapter 17. You need to update your app via the Android Market or Amazon Appstore.

Thank you SO MUCH!! I’ve been so sad trying to get 14 open!! Now I can keep playing! :) Now what about Mine and Dine 17? It says “Coming Soon” so I presume it’s not ready yet? I also have Rio and am waiting for the next game after Carnival Upheaval…would that be Seasons? Any idea when PC players can expect it?

Hi Diana,
Yes, PC updates are expected soon.
Mine and Dine will be one of those updates; as will Airfield Chase for Rio.
Seasons is still “coming soon” but we haven’t heard much about that.

I have Angry Birds and Angry Birds Rio for my PC that I purchased from Rovio’s dowloadangrybirds website. Are updates automatic or do I need to install them from somewhere? I don’t see any updates under the play icon.

The in-game updated only checks for updates periodacally, so if you’re not getting prompted for an update and are in a hurry you can download a new installer from download.angrybirds.com.  Updating this way should maintain your progress just fine, but if you want to be safe backup you LUA files first.  Those files are typically found in your /user/AppData/Rovio/ folder, but that path can vary slightly depending on your version of Windows.
If you update in-game it will download a new installer and overwrite the old one, so if your keen on keeping the older version (just in case you want to revert) backup the installer.  This is probably something most people don’t care too much about.

i cud not see the ham em level even after finishig all the 4 levels can somebody help me with that?

You need to update your app.

Hi, how do you get the 3 facebook levels on Mac lion? I have scrolled through 12,13,14..but there’s no face book levels(three i believe) after wards..any help?

Facebook levels are not available for Mac/PC on either ABo or Seasons. It is unclear if they will ever be added, but we doubt it (since they likely would already exist if that was the plan).

I have angry birds for the iPod Touch and it’s great but when I see the bonus levels for liking AB on Facebook, when I tap on the icon it says “loading” for like half a second and it goes away, then nothing happens. What is wrong and is there a way to fix it?

This was fixed for iPad in the v2.0.2 update. It will likely land for SD in the coming days.

Arghhhh I can’t get the facebook game on ham em high on iphone. I got 3 gold stars on all the pervious levels but still the 3 Facebook games are locked HELP!!!!!

If I update it would I have to start all over again? And I clicked on the logo a MSG appears saying loading and then nothing happens

Updating should maintain your progress.
Yes, that’s the reason why you need to update. This was fixed in v2.0.2.

Yayy it’s working thank you for all your help

Hi, how come I finished the mine and dine levels with ham em high, replayed from chapter 14-12 to 14-15 after each other, have the 2.0.2 updated version or something like that, liked it on facebook and still have padlocks on the stupid levels? thx

You have to use the in-app dialogue box to unlock those levels.

I did, and it just stazes at the point that I “like” Angry Birds

Sorry, you will need to contact Rovio directly then.

ok thanks for the help though

Hey i have the same problem. Did you end up working out how to fix it?

You must “like” them through the in-app dialogue box. You cannot do it through an external system.

this is also my problem… any ideas. this is for the touch…

Rovio is still investigating this problem.

I haven’t done anything and it have automatically unlocked the facebook levels for me.I’m on the latest version too.

I play on an ipad2

Sometimes Game Center can be sluggish and takes more time to register scores and achievements. Your episode total should include those levels.

Can you give me a serial code for angry birds rio and angry birds season the latest version .. cause THET-ALEV-LEFR-USWO is not working

We sure can! Head to shop.angrybirds.com and purchase one :)