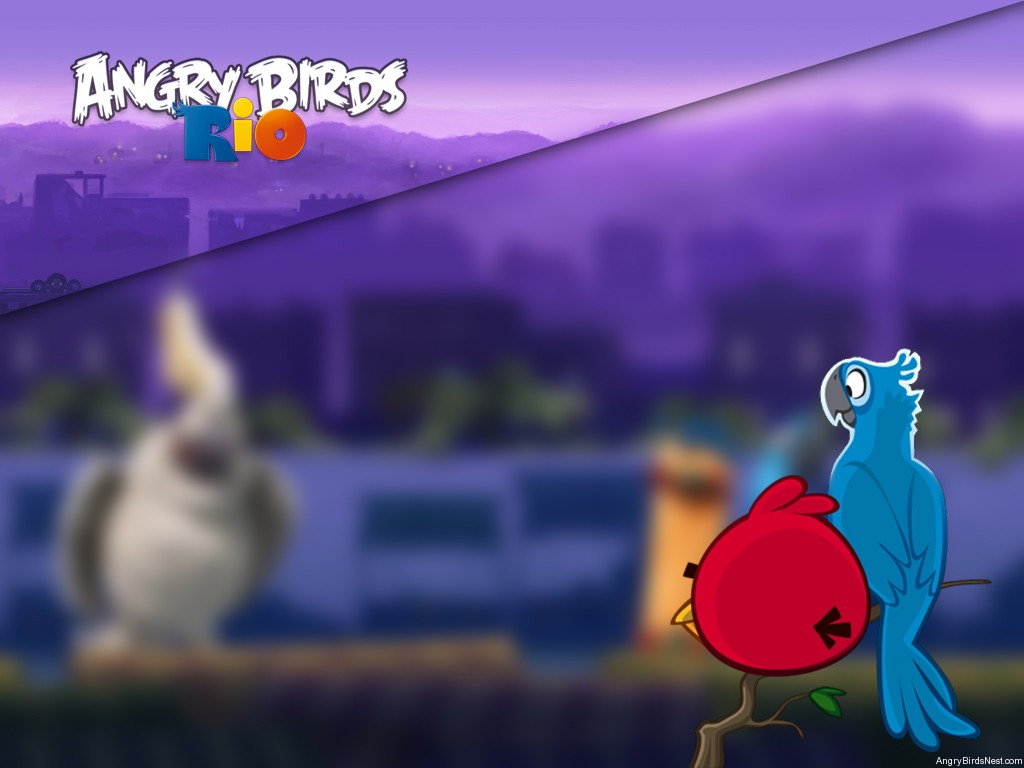 For our avid readers, a few members discovered data files back in December indicating an update to Angry Birds Rio called “Fruit Market”. (Don’t remember? See here!) At the time, since this was uncovered via data files and nothing more permanent like a Rovio tease or GameCenter imagery, we said that the update wasn’t likely coming in the immediate future, but further down the road.

Well, the road has twisted and turned, including a few great updates to some of our favorite apps. And now, it looks like the time for this Rio update is getting near, with a much better name (in my humble opinion).

According to the latest image from the GameCenter, Rovio is likely in the final stages of development of the Market Mayhem update to Rio! (Note: Episode name is still subject to change.)

Now, details are obviously still very sparse, but I’ll include a few speculations and questions that I have:

A special thanks to @bassam77 for the amazing sleuthing!

Good times to be an AB fan! Hoping AB Seasons comes with a new update soon as well. Easter is soon approaching :)

I hope so too! I did write and ask if there would be a “Chinese New Year” update to Seasons, but they wouldn’t say one way or the other. Gosh it’s hard waiting.

I also think that ‘Market Mayhem’ is a better name than ‘Fruit Market’, @amslimfordy;)

In general, I think Rovio kind of slacked on the episode names in Rio. The only one I liked alrigh was Carnival Upheaval. The rest sounded like lazy DVD chapter titles — which maybe they were.

Yeah, that was my favourite episode title aswell. The rest don’t have that spin on them, that is in all other AB games, excluding SW obviously;)

Now this looks promising and fun with pigs(maybe), birds, beach balls, monkeys, etc. For what ever reason the Rio games always seem to lift the spirit. It is probably due to the carnival atmosphere of the game’s theme. May have to bounce back between Seasons and Rio for some diversity. It is always exciting in the “wait” period to anticipate what Rovio will present to the plays on the next update.

Yesssss. Very great news. I missed playing a New Episode of Angry Birds Rio. So maybe we will see Update on Thursday :-)

This is just my opinion but I don’t think that the power up and non power up scores will be distinguished.

I say this because when Angry Birds Space – Pig Dipper episode was announced here as coming soon, it also had a Game Center pic that showed the power up scores seperate from the non power up scores. (see here https://www.angrybirdsnest.com/angry-birds-space-pig-dipper-update-coming-soon/)
This is a quote from the above announcement:

“For those of you who may be upset about the introduction of Power Ups, I offer you a potential silver lining. Based on the image, we are willing to speculate that Power Up scores will be distinguished from the non Power Up scores. How? Well, that we don’t know. We could be wrong, but we like to look at things from a glass-half-full perspective.”

Since the above game center does not show a power up total, it’s my opinion that they will not be separate in this release.

As I stated before in the previous post of the “Fruit Market” story, there’s gotta be some golden fruits hiding somewhere in those levels and when found, and also when the world is completed, there’ll be new levels to add to the Award Room world.

I saw Nigel in the background of the picture, anyone else?

Its hugely visible. Bet everyone saw it too

Maybe This Will Be A Bonus Again, I Thought The Birds Are In The Bird Island Now?

You mean Piggy Island, don’t you?

And this episode is actually based on a deleted scene from the movie.

I looked on my iPad and I could not see does images. Where wore they found? I looked and the latest leaderboard was for Smugglers Plane.

They’re within the internal data of the game.

Bad piggies: Can only be seen in Sandbox mode.

I don’t think the pigs will be in the update. If you look in the background of the original photo teaser, you will see a faint outline around the pigs. It’s just a billboard.
Although the pigs may not be in this update, I hope there will be PU and non-PU distinction.

We know it’s coming, we don’t know when for sure.
True, GPlay shows “Updated March 8” but the current version is still 1.5.0.

@sal9 – thanks for reply, yes, I noticed that the version number is the same too, very odd that they should update the date and nothing else isn’t it. :)

The app logo was updated, I see. But I don’t see anything else.

@AMSlimfordy – yes, it was the logo change that prompted me to check for an update.

Season logo update to, but last update was 7 december 2012

Seems we have an update now on Google play store. :)

Let’s hope they get a PC release out this time, and timely too!!

I don’t see why not, after all, this will probably be the last major update for Rio before the release of the new movie next year.

I don’t know why but somehow I totally lost interest in Rio and once it was my favorite AB game. Fruit market could be interesting, I can’t wait to see what background they will have and of course I’d like to see game action.
Haven’t we have pigs and fruits in some of ABO episodes? Maybe we will see something similar in Rio Fruit market.

Now I saw that GC achievement is Birds vs. Monkeys. I don’t know what role (if any) pigs could have.

I remembered whining at Rovio’s “giving up” AB Rio 4 days ago.
Now that is how I call proving somebody wrong.

Thanks @bullet we are working on a post, with walkthroughs coming shortly after.

@sal9, also out on android.

@sal9 Please be quick with walkthroughs, especially those golden strawberry ones! Having reaaaalllly big problems with one, haha :D

@lisko if this is a joke then all cool….

Haha, I wasn’t serious with that comment :) Even though I’m completely stuck but there’s no hurry with that :D