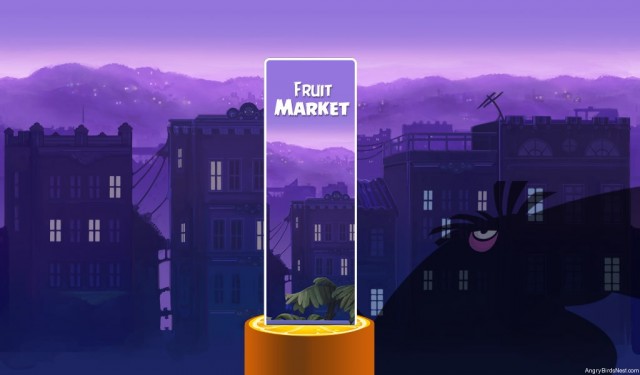 Do not delete Angry Birds Rio!

On the heels of Angry Birds Rio’s first update in nearly nine months, some of our fantastic sleuths have uncovered even more good news! Angry Birds Rio will receive a full-sized update, in a new episode called Fruit Market! We have learned our lesson since the Pig Dipper incident, so here is our standard disclaimer, “The episode title is subject to change”. Our guess is that the general theme of the episode will be based on the deleted scene from the movie, which we have included below for your viewing pleasure.

Details are extremely scarce, of course. We have no idea when this update will land, especially with Rovio’s developers working on so many other editions of Angry Birds. If the other episodes are any indication, Fruit Market will have two chapters with 15 levels each — likely distributed over two separate updates. We expect Power Ups to stay, though of course we still hold out hope that some distinction between scores obtained with and without Power Ups.

A very small tidbit, that could mean nothing or everything. If you look closely at the image above, you can see a pig on the roof of one of the buildings. (See immediately left of the word “Market” or within the episode sliver.) Whether this means that those dastardly green piggies will appear in Rio for the first time (not counting balloons), or if it’s simply an Easter Egg that Rovio wanted to put in, remains to be seen. I dare say that the combined forces of pigs and marmosets could prove a formidable foe for our feathered friends.

A very special thanks to all those sleuths, especially @NerdyBird for providing the image and @AngryPerson for proving my skepticism wrong.

Cannot wait for this.