We all know this simple equation: Angry Birds + Crunchy Cheesy Goodness = Yum! Given that, it should come as no surprise to see, Angry Birds Cheetos, a brand new Angry Birds Flash mini-game built around — you guessed it — Cheetos. There’s just one catch. Angry Birds Cheetos is in Turkish, so for this English speaking American it’s a bit tough to decipher (note: anyone can play). That said, I’ll do my best.

Like most of the other Angry Birds web games you need to login to play. In this case it looks like you can either login via Facebook or create an account by entering your email address and a password. Once you’ve done that you’re ready to fling. Game play, as well as other details, are as follows:

As of now that about does it. We do have walkthroughs available for the first three Cheetos levels. If you have the others unlocked please contact us ASAP. Lastly, for those unfamiliar with the Angry Birds web based mini-games of yore you might want to check these out:

A big thanks to @Dr-Omega for tipping us off about this in the forum. 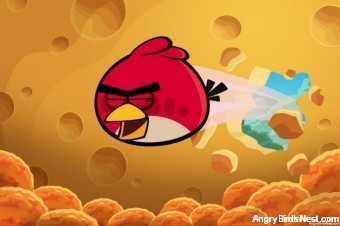 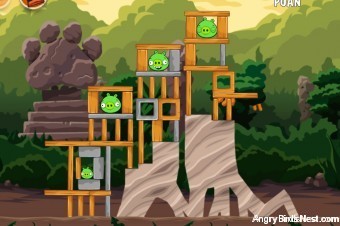 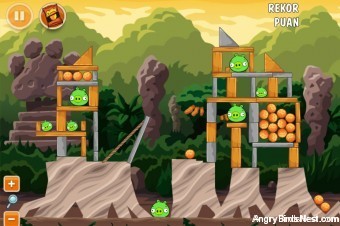 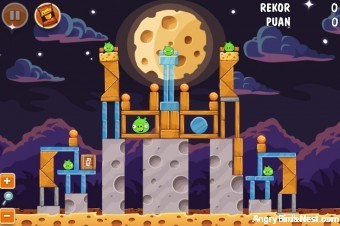 Rovio is mixing Angry Birds with all sweet stuff… I wonder what’s next? Angry Birds Hesburger?XD

It is a new “non” Angry Birds game.
Rovio wanted to release a completely new title/franchise for some time now.

@birdleader I have 0 credits and was able to use a cheeto bag for every level(I think I flung about 25 in the past 10 minutes).

I played AB Cheetos, but I did not receive the first badge.

The game is down

Thanks. Must be the webapp related to the F1 Helmet and such.

When I try to access the Cheetos version(s), I get a ‘No room on the Disk error’. Since I have a humongous large hard drive, I am assuming that there is a problem with the ‘Cheetos’ server(s)>

Thank you for the offer, but we have those walkthroughs online now :)

You can give the codes to me.

how do you get a profile pic from the site

Refer to the AngryBirdsNest FAQ.

how do you go to play the game

I hate it all the time in all of the web games I can,t login exept angrybirds chrome

contest is over. can’t play anymore

It says it can be played free later, but it doesn’t specify a time.

thanks. google can’t translate that

The promotion is over and so is the mini game.

Yes, the promotion is over, but in the website, it says that you can visit the website so soon to play the game for free (possibly referring in addition to already free levels, the levels which can be playable using credit codes). Though it doesn’t specify when the game will be available again.

The game is now playable for free without any credit restrictions to unlocked levels. Enjoy playing.

This game is no longer available, @angrybirdiphone.

has anyone downloaded this game? I dreamed the similar game of this and I want to play it but the website has shutdown :(