Prepare for a Plethora of Angry Birds EPIC Updates, Including Sonic!

According to pocketgamer, some big things are coming to Angry Birds over the next year, starting in about a month.

While at Respawn — the big yearly game developers conference held this year on August 3-4 in Cologne — PockerGamer spoke with Ellen Lyse Einarsen, project Lead at Chimera (if you don’t recall the logo, Chimera is the developer of Angry Birds Epic). Ellen gave a King Pig-sized batch of teasers for upcoming updates.

First up, in about a month, Sonic the Hedgehog will be visiting the word of AB Epic. As you may or may not know, Epic had a short-lived crossover in the Sonic Dash app about a month ago. Now it seems the crossover will go the other way. 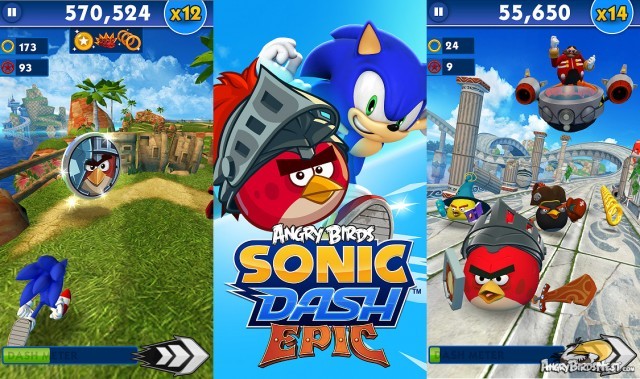 Epic invasion to Sonic Dash from earlier this summer

Einarsen noted that the next update will add new Chronicle Caves, boss events and something enticingly called “weapon enchanting.” Whether this will be included in the Sonic event or in a different, Epic-specific update is unknown at this time.

Further, each bird should have a new class added by February 2016. So it sounds like they will be added slowly over the course of the next six months or so. When asked about any new birds appearing, Einarsen stated she would want it to be Stella over Silver. Sadly, no talk of Hal, Bubbles or Tony joining the fray. 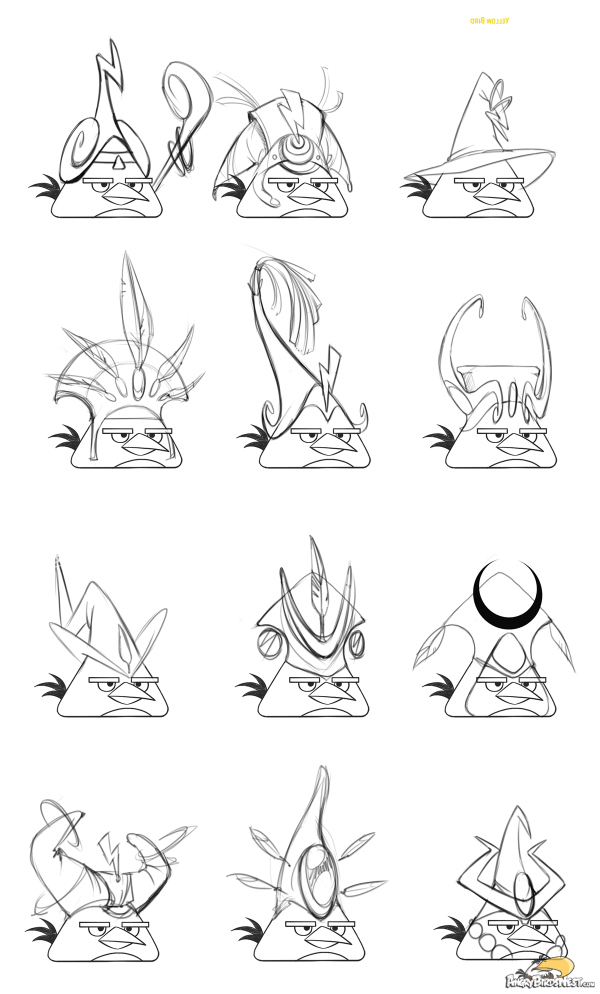 Could one of these be Chuck’s next class?

Lastly, our fellow flingers in China will be getting a special exclusive revamped version of the game around the end of August that will have a re-worked interface, changes to the In-App Purchases (IAPs) and “a new puzzle piece collection mechanic.” Any Nesters in China, you will have to let us know what the updated version looks like when it comes out.

So there you go – Sonic and Epic. Fantastic? Moronic? Homeric? Magic? Bombastic? are you ecstatic? Pick your -ic word and any other thoughts and jumbles in your head and share with everyone in the comments below!

I cant wait to see a Sonic joining the birds to defend Piggy Island! what will the surprises be? weapons? costumes? SONIC HIMSELF? im so excited! (just don’t tell Mario! Mario OMG jealous)

the link for the picture above isn’t working, so just use this one OMG jealous!

Are you kidding me?! Angry Birds Epic is not working for the iPod Touch 5th Generation anymore, and I am going to miss out on this event?!

Okay, I went a little too overboard
by panicking. Sorry. If I miss out on Sonic Event, I can always watch it on YouTube or something.

Some of these Chuck sketches remind me of Disney villains like Jafar and Maleficent.

WAIT A MINUTE!!! One of them is Rainbird class!

@josm
So that means the new Class of chuck is none of the classes from this picture:
https://www.angrybirdsnest.com/members/abginebird/album/picture/15912/

@abginebird No, it seems like a special class with a sonic look, special for this event. :) cant wait to see this whole new stuff coming

Thanks @josm I saw that as well, but Rovio pulled the banner quickly. We’ll have to wait a little for more details.

so about this plethora of updates- will it just be for AB Epic, or all AB games?

Red already had his new class released in a previous event, this time it is just Chuck that gets a new class.

I want in the new 1.3 version to be new class for bomb wrestling bird.

Does anyone know if the level cap will increase?

We have no information about that @gabe-nestor

@gabe-nestor I have noticed a pattern with the caves, each cave has pigs two levels higher then the previous, that means if they make new caves, the level cap will be raised.

Just hope to see new updates for the WP version as well. Nothing new for over a year and only nine caves so far =(