What Are the Hardest Angry Birds Levels of ALL-TIME? We Want Your Opinion!

How many times have you come close to throwing your phone or tablet against the wall because you just can’t 3-star some nearly-impossible level of Angry Birds?

We’ve all been there. We’ve cursed and screamed and maybe said some unfair things about the level designers — sorry, Rovio (we DO love you guys). But in all fairness, those baldness-inducing levels make Angry Birds so much more fun and rewarding! If every level was easy it wouldn’t be an enjoyable game. It’d be like those grade-school “Olympics” where everyone gets a trophy just for participating. Blah!

So with said, now it’s your turn to let us know what levels you’ve found most difficult to 3-star across any of the Angry Birds apps! To help spur your memory we have picked a few of our favorite challenging levels below. 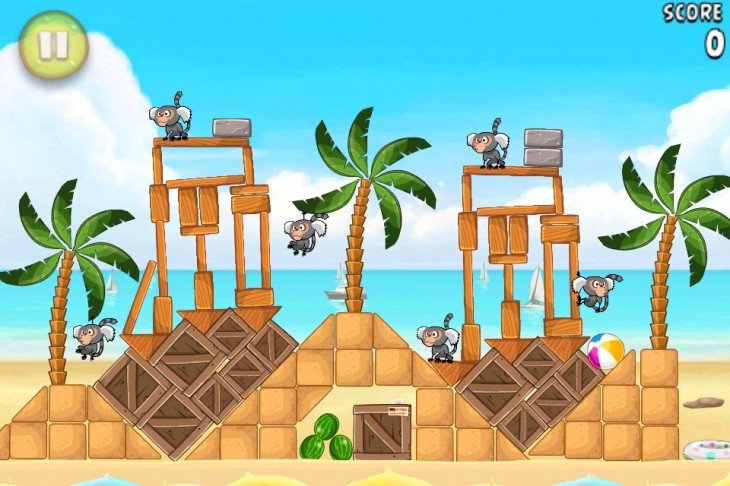 “This level is actually one of my favorites, but holy smokes was it hard. In the grand scheme of things, this was the first level where ABN specifically uploaded a second walkthrough video, just because we got so many complaints that the existing video was “too hard”. Anyways, long story short, I actually managed 3 stars in under a dozen tries. But just after I succeeded, I knew I could’ve sat there for another couple hours with no such luck.” — @AMslimfordy 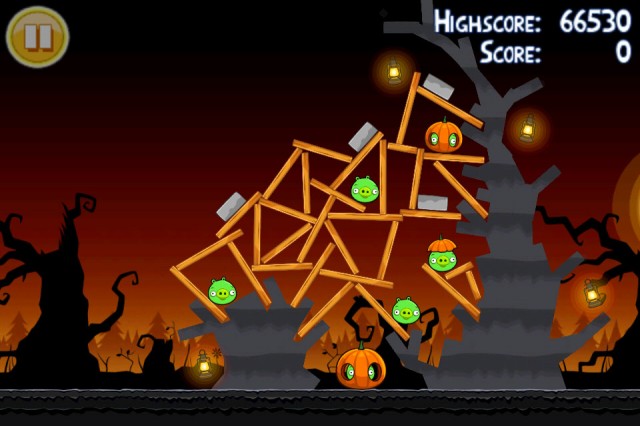 “I replayed Angry Birds Seasons Trick or Treat 3-9 level SO many times before I finally 3-starred it. Interestingly though, I never found it frustrating. When I FINALLY did earn that coveted third star I felt a great sense of accomplishment. Strange I know, but it was very rewarding (unlike, for example, Red’s Mighty Feathers). But then came Trick or Treat 3-10. Ha!” — @BirdLeader 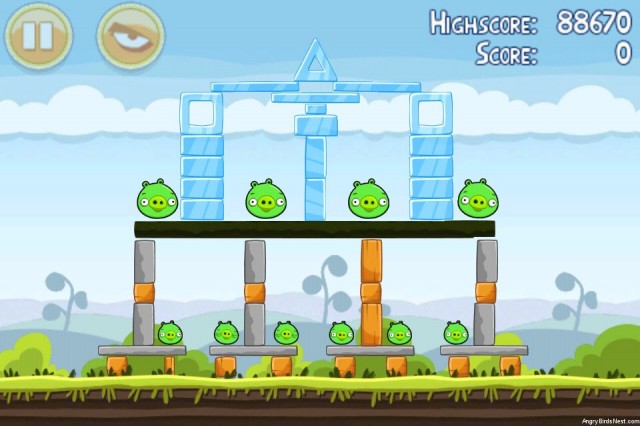 “Angry Birds Mighty Hoax Level 4-14 was, and still is, my ‘Nemesis’. It took me about a year or so to finally overcome this level. It requires four very precise shots, with different aims, and 85K points to get three stars! I was stumped … This is the level that lead me to the Nest’s walkthroughs the first time, a very very long time ago. The legendary @Scarbzscope and @Fujitoast made my day (for those who remember them) and restored my sanity.” — @Sal9 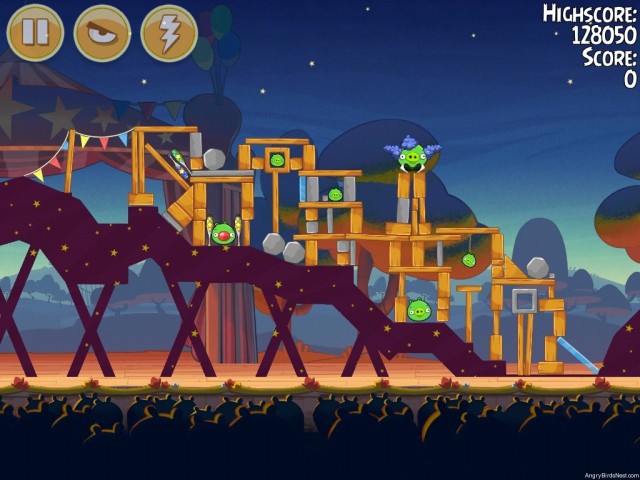 “Angry Birds Seasons Abra-Ca-Bacon Level 2-8 is my going-bonkers-iPad-almost-flying-across-the-room level! I remember sending the Orange Bird all over the place, but the boulders never fell in my favor. More frustrating was to see those immense high scores while not even being able to get 3 stars. When I finally did get 3*’s by luck of the draw … I ran! fast … out of there (luckily my score was above average so I never had to come back).” — @E-Star

So those are ours. Now let us know what levels raised your blood pressure!

By That one that wonders why he misses angry birds version 2.0 and below

How is Big Setup easy??? Part 11 is literally a living nightmares, especially the levels after 11-9

Angry Birds 2 level 326. I went from 600 gems to 100 gems trying to defeat Chef Pig because of the stupid flowers that make it so that he NEVER lands…

Ham Dunk 4-9. I have probably tried 500 times and seem no closer than when I began