Piggy Island’s favorite porcine physician, Dr. Pork, recently discussed a case of “UFO ingestion” in his medical journal, although he admitted passing out from an overdose from medication consumed soon after attending to the patient in question and was unable to provide further details. 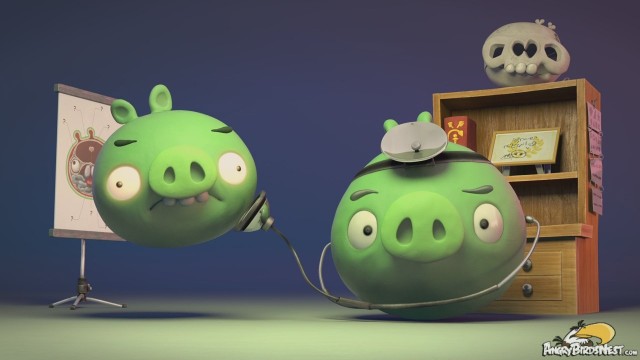 A case of “ingestion of foreign object“.

As a result, Rovio tasked the community with investigating the UFO phenomenon by constructing replicas of alien vessels such as Space Invaders and flying saucers. Valuable aerodynamic and propulsion system research data was then forwarded to the Piggy Island Space Administration’s Pork Propulsion Laboratories for use in general advanced aerospace studies. Classified sources also state the multinational extraterrestrial combat unit X-COM had expressed interest in obtaining suitable prototypes for trials in their Firestorm project. 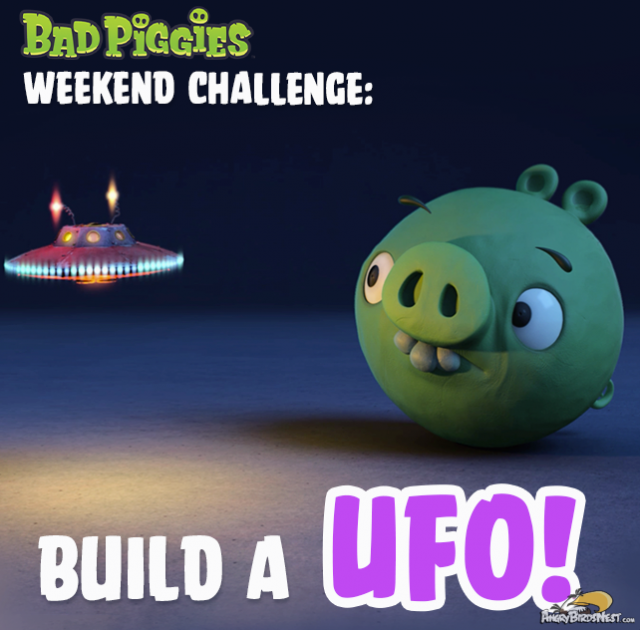 “Distinct metallic crunch, with an aftertaste of Elerium-115!”

With not one but two resulting Piggy Toons episodes proving the existence of UFOs on Piggy Island, piglets around the world are highly entertained by the thought of eating alien spacecraft and floating off into space. And now, you can build them too and maybe create a ‘UFO defence’ storyline on top of that!

While most piglets are concerned with mythical flying saucers and alien abductions (note: do not eat alien spacecraft!), last year we also set out to prove that the ability to detect, classify and engage vessels of extraterrestrial origin is beneficial for all pig-kind!

In this video, various Bad Piggies contraptions based in Russia defend the Motherland from an incursion of ‘eggsteroids’ from outer space following the Chelyabinsk meteor event.

But let’s not forget that Rovio games are all about having fun and not getting overly serious about the defense of Earth because we have the fabulous X-COM games for that! Here’s a couple of simple yet awesome little “UFO” themed contraptions, first, the prolific E.T. bicycle scene by our Facebook/Twitter fan Milton, and a screenshot of the previous Space Invader by yours truly. 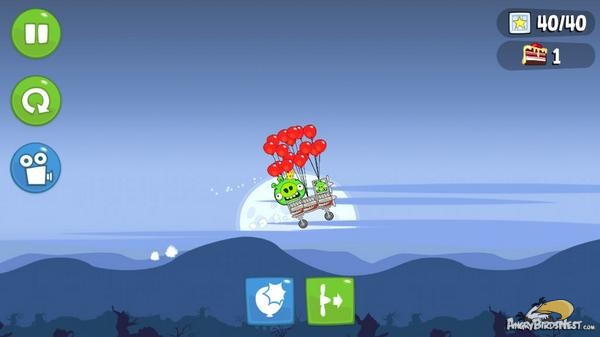 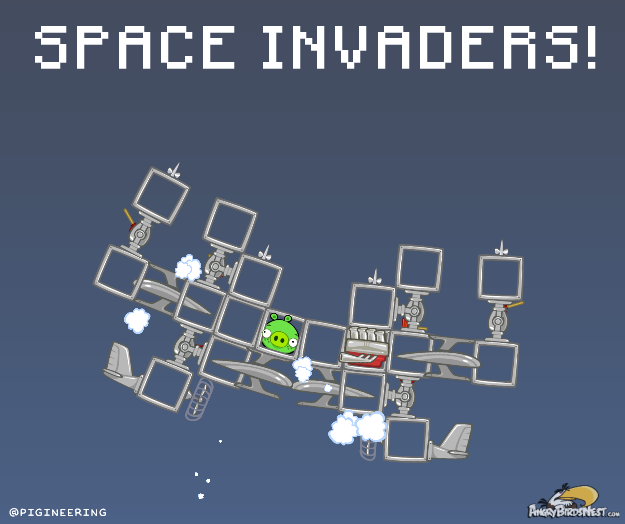 While we’re having fun with taking Rovio’s Weekend Challenge initiative, let’s not forget there are many other Bad Piggies fans out there doing their part to keep this unique and highly creative game alive, despite it being ‘dead’ as in, no updates are expected for this title in future as Rovio’s development teams do what they do best in line with their corporate vision – creating the next generation of mobile entertainment.

Check out the Bad Piggies’ official Facebook page here, the home of Friday Faves, Weekend Challenges, and many other random items of awesomeness.

Piggy News has said an unidentified flying object was seen in the sky. This object is equipped with the scanner device and may be from the aliens.
http://youtu.be/R3Biq_DebyM
Also Piggy News said the flying object goes up with a little speed, but it can move in the horizon with a great speed.
Used Super Glue from Power-Ups!
Thanks @Les-Toreadors ;)

@mpg973 every time i think you did the best video, you surprise me then with something completely genius! This contraption is pure awesomeness!!

Thank you @Joeyba building and recording this video and merging it with a Piggy Tales animation was really hard, hopefully Bad Piggies make an easier Challenge next weekend. I think easiest one was “Digger” challenge, same I lifted up King Pig, I found 1,247 watches by that video! I hope my newly established channel find more and more followers, I’m making PiGuardian Adventures videos, coming soon…
And thanks again for watching :)

@Les-Toreadors When did you start your PiGineering channel? your “About” page says 28th October 2008, but your address is “youtube.com/evilcatpillow”, not “youtube.com/PiGineering” ???

Hahaha I love that episode!

If a flying helecoptor with 20 weights would be better

the glitch has been fixed it is so sad