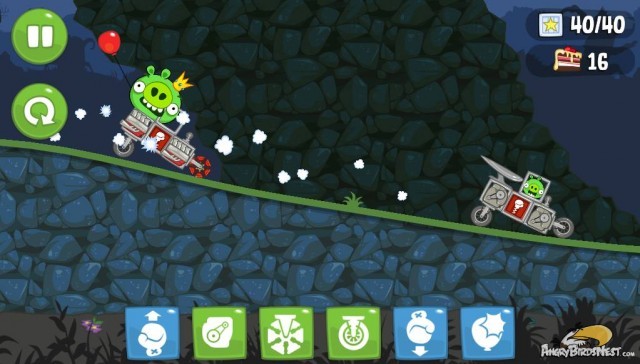 Minion takes the lead as the King Pig pulls into the amusement park to pick up a balloon!

While the Bad Piggies Facebook community was busy modifying the formula of ham for increased culinary perfection and devising new forms of synthetic bacon to fuel their collective appetites, we decided to turn the contest up to eleven by watching the most awesome racing anime ever created on Earth – Redline (wiki).

Redline features over the top animation and enough aural and visual awesomeness to cause the average human brain to implode spontaneously during the first 15 minutes of the film. Survivors will likely re-watch the entire movie repeatedly, according to fan commentary. 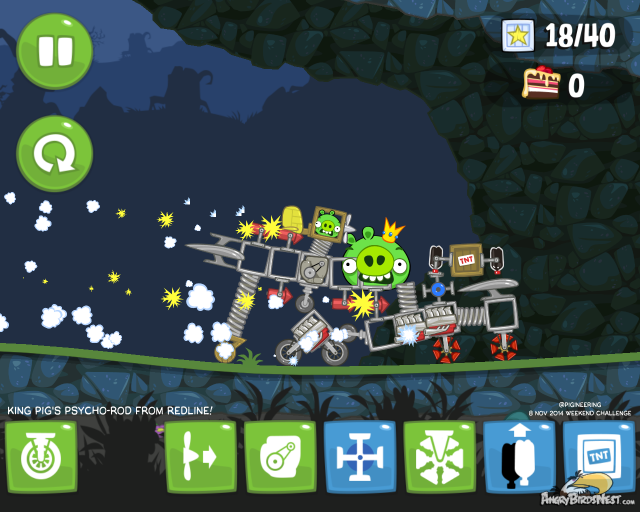 Over the top car design! Can you win by blocking the whole track and lobbing missiles at competitors?

Such a level of complete and utter insanity makes Redline the perfect inspiration for our little weekend racecar experiment compiled in one easy video below for your amusement.

Which car is best suited for the King Pig? Comment below…

it is my first time to post at pigineering.
I have a tower on my car. king pig is sitting there and informing the opponents’ position to the minion pig who is driving the car. The spring is to prevent the accidents from behind.
link- https://www.angrybirdsnest.com/members/aryamoitra/album/picture/11727/

@aryaomoitra when will next weekend challenge be?

i think the classic captain is the best

My Oh My ~ Watch out! These race cars are NASCAR ready!