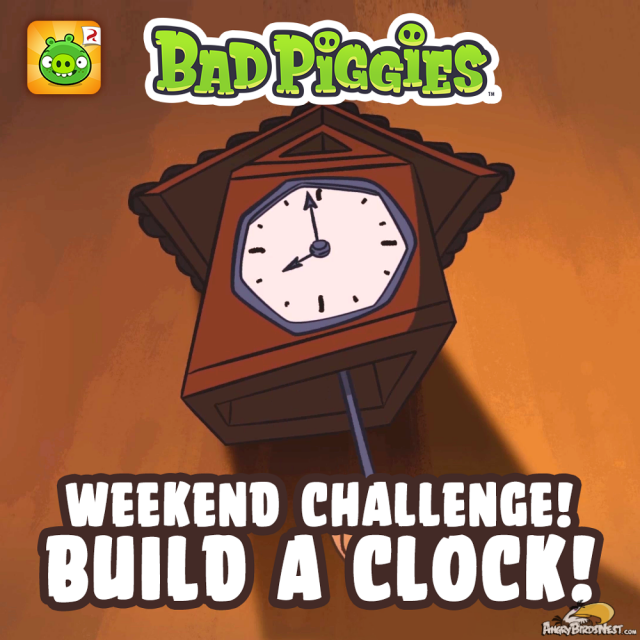 Boldly telling, what no pig has told before: Accurate time.

Your mission this week(end), should you choose to accept it, has never been done before in the history of Piggy Island! Build a clock for King Pig’s palace grounds! You heard the foreman pig, a CLOCK! (Click here to see the community contributions so far on Facepork!)

Worry not, this message will not self destruct in ten seconds due to the rudimentary nature of Bad Piggies chronometers. Before this Weekend Challenge, we probably told the time with sundials or something! 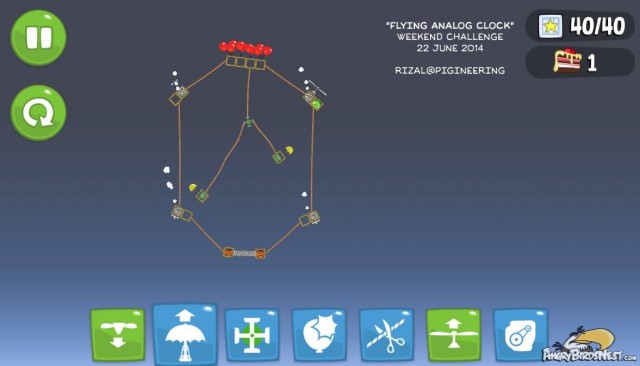 Rizal surprised me today with his ingenious “analog” clock design that utilized a system of mid-air rotation not unlike Operation: Air Fright a few weeks ago. The sheer size of his flying clock is astounding. It’s so big it probably is visible from space or something. How’s that for time zone standardization? 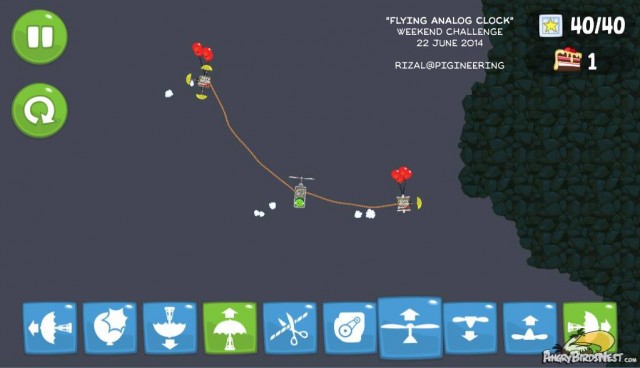 Confronted with the prospect of handling very large and complicated bits of analog technology (along with the dreaded vacuum tubes) I decided to take some inspiration from the stuff laying around the bedroom and built a digital clock! And then another and another, because the digits are manually updated by reassembling the parts in the display! Wow, much amaze, so epig fail… 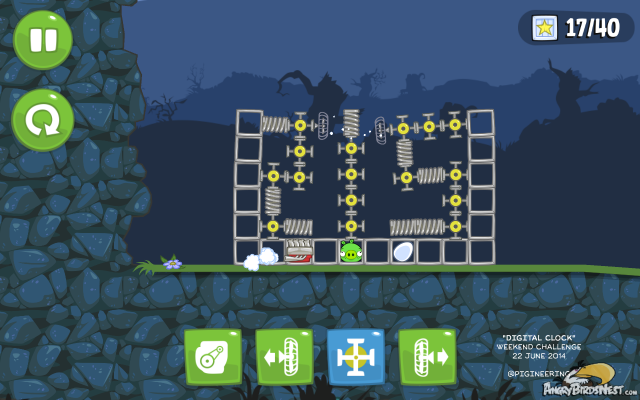 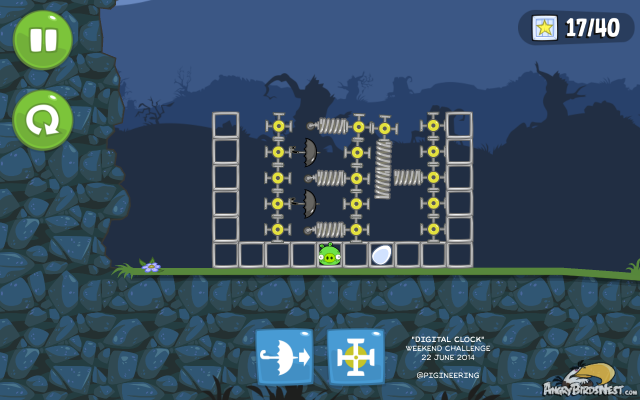 Pigineering is like Engineering, only tastier! Like us on Facepork and watch us on the BaconTube! This is our YouTube channel, where all the epig failing happens

I am mucho impressed with those posted on Facepork! Incredible variety of timekeeping devices with bacon!

I do wish the pics above were videos so to click and view the genius behind each.

I do have face pork but am challenged on its operation. Logic just somewhat eludes me with face…
Yes it is not quantum physics but I think my understanding of that would be less puzzling than “face pork”.

Comment duly noted but I’d have thought no one would like to view a static contraption. The digital clock isn’t exactly animated and I was in the middle of moving house so had minimal facilities to pig out with.

Good thing is things are more settled here so I shall keep up with making pig stuff + videos for your enjoyment pretty soon :)

love the first pic. Does look really like a clock.

I wonder what did the pigs use to tell the time before the invention of the clock last weekend.

Wow that would work. Sixty bites a minute, sixty oinks per hour!

Another task well done by the PIGineering geniuses!