The adventure continues! The Angry Birds are off for a spring break getaway to a remote pacific island! Angry Birds Seasons Tropigal Paradise (v5.1.0) is now available for iOS and Android via Google Play, with more platforms coming soon!

Note: There are reports that the iOS 5.1.0 update causes the game to crash. If this is happening to you try this. If it’s not working leave a comment and let us know.

If you experience post-load crashing try the following steps after updating. We are not 100% sure, but there is a chance this crash is related to the glitch in Angry Birds Seasons Pig Days 3-11. Those that had the glitch happen seem to be the ones where the game is crashing.

Initial Attempt: Running the app in Airplane Mode seems to allow users to at least play the game. You will not have access to the entire game (eg, portions that need to be downloaded from the Cloud), but you will at least have most episodes while waiting for a Rovio fix. But…!

Very important: The following should only be done after updating the client to 5.1.0 (the new update which isn’t live yet. As always, backup your local progress first just in case. We have a backup guide to help you with that.

Also, you can try this: 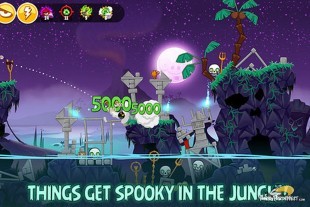 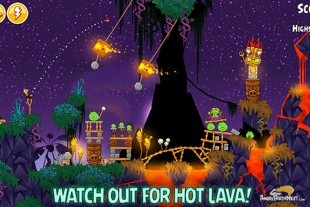 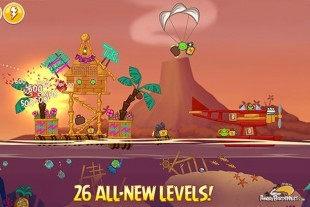 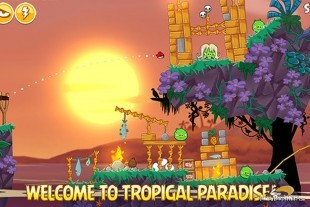 Hi there! This is Millz from Rovio’s Community team. Just wanted to let you know that we’re working on a fix and in the meantime would advise players who have been affected by this issue, to try enabling notifications or playing in Airplane Mode, as suggested in the article above. Let us know if these help!
Thank you for your patience! :)

Thanks for the heads-up @roviomillz

@sal9 I know I might have mentioned this a while ago, but I managed to discover a bit more of when the crashing issue occurs. Apparently, this issue happens every time a new Pig Days level is open. I remember the time when the issue happened to me again when the “Cinco de Mayo” Pig Days level came on May 5th. But no worries, I managed to fix the app by using the same steps I’ve been using, play the game after enabling the notifications, and then disable the the notifications afterwards.

Anyway, have an awesome day and keep things furious!! :D

Thanks for the comment @roviomillz. Please keep us in the loop. Also, enjoy your new badge!

Now…can they make it so progress is saved on your Rovio account? I changed phones last year, and I don’t want to start all over again.

@marioandsonic If you have an Apple device, we have a comprehensive tutorial here: How to Transfer Angry Birds Progress Between iOS Devices

@sal9 how come the stuff that flies around on the Menu screen is so BIG on your device?

Just now an update bug fix out on google play.

Just playing half hour ME, no more crash, seem 5.1.1 also fix ME crash.

That’s funny. I’ve downloaded the update for Seasons and everything works fine, except for an occasional crash or two when starting the game (which is already normal for me).

On a related note. Space has been updated today, but that one is the one crashing for me. Let’s hope Rovio releases a fix for this one as well soon.

I downloaded the Seasons update on a 3rd gen. iPad running 8.3. The game only works in Airplane mode. I was unable to get the Pig Days update since it lives in the cloud. Anytime I am in wifi, the game crashes or freezes. Waiting for the fix! :)

Hi!
As noticed by PJng earlier today, a fix is now out on Google Play! Let me know how it works :)
And most importantly, have fun playing!!

What about an iOS update? Airplane mode is the only way most of us can play, are you planning on fixing that?

angry birds seasons crashes since the Update from 1st of May is installed. Flight modus works but then the pig days are not available. The game is useless now. All available workarounds did not help.
Please fix it soon.

Me too! I can’t get past main screen. When I push the arrow to play it crashes. I tried the iOS suggested solutions (airplane mode, notifications, etc), without any luck.

I’m (also) unable to connect to the shop. I have wifi connection, I can surf the web, but when I try to purchase power ups from inside the game I receive the message “Oops! We couldn’t connect to the shop. Please make sure that you’re connected to the internet and you’ve enabled your purchase account”

Fixed: Was having same problem with ABS crashing at load with wifi or phone data on. I enabled notifications, ABS was able to open, I deleted cloud data, re-downloaded pig days, turned notifications back off, now all works beautifully.. No more problems.. Hope that helps.. Note: no progress or scores were effected..

All – I got this bug too – I’m using iPhone. I sent request to Rovio and they responded and asked me to send Crash Data file from my phone. Sending that to them today. She said they were working on this issue to be able to send out a patch release to fix it. So Stand-by – help is on its way.

We release an update yesterday that should have fixed the bug in the TroPIGal update, so please update the to the latest version.

If anyone is still experiencing the problems after updating, let me know.

Unfortunately the update didn’t help me, I still can’t get past the load screen. I’ve always had notifications enabled, so that’s not the issue. I was able to play the new update when I first downloaded it, but it crashed on me when I tried to download Pig Days from the cloud, & I haven’t been able to play it since on my old ipad.
I opened a support ticket with Rovio, & have just sent them crash logs from my ipad. If anyone else is still having problems, maybe they should do the same so they can figure out what else is going on. :)

Considering everything that has been written on the two pages maybe this is why AB Seasons did not transfer to my new iPad and also to my new iPhone. Hum…now that DiskAid and iMazing do not work with the new iOS upgrade how are we to back up or what is the use to back up when we cannot get the files out of either software package…any suggestions…anyone???

@admins have you noticed there is a preview of NBA buying episodes for the people who have not buying those episodes.
(sorry for my english and if someone have already talked about this preview).

@mikroll79 didn’t know the NBA episodes needed to be bought, they came with the regular update for me. Maybe you could take a screenshot of the ad? how much does one have to pay for the episodes?

@e-star We had covered that in the Ham Dunk post back then, with the IAP Screen

Ah thanks @sal9 seeing it triggered my memory ;)

@e-star @sal9 this is the preview of the first buying level
https://www.angrybirdsnest.com/members/mikroll79/album/picture/14612/
And the menu:
https://www.angrybirdsnest.com/members/mikroll79/album/picture/14611/
For me it’s impossible to play those levels without buying but i can see them.

Angry birds seasons crashes every time I start on iPad

Erica make sure your app is up to date. What iOS is your ipad running?

Even with newest update it crashes on start up!