Begin transmission! A discrete Angry Birds Transformers update has landed for iOS (v1.4.25) that claims it contains only “minor bug fixes”; however, there is a bit more here than meets the eye. Note, this update for iOS brings it inline with Android (Google Play), which received this update back on April 22nd.

Important! It’s advisable to back up your progress before updating.

Below are the notable changes/additions that we’ve spotted:

Note: if you experience any gameplay crashes that are outside the norm head on over the forum. You may not always find a solution, but it’s helpful to keep track of those having problems. 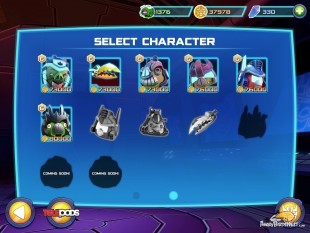 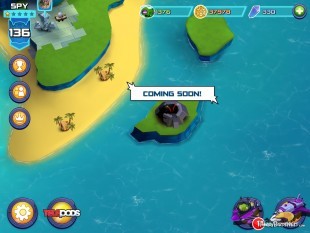 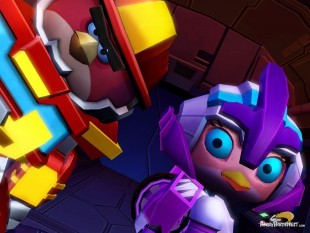 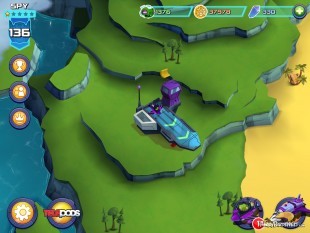 ok. then what autobird bot is Matilda?

But Matilda was never in the AB Transformers comics…I don’t think Rovio is planning on using her for this game.

Also the characters range changed. Now it’s from less costly to most costly.

Also:
They fixed the bug where ur level goes back to level 1 when the game closes.

I don’t see anymore the list of my friends with their rank and number of pigs..

@mighty-red-1 I’ve been playing for 3 hours, closing and opening and they’re still not there. Maybe they didn’t update yet ?

@joeyba Maybe your internet is a little slow? Have you tried restarting the game?

@joeyba Try rebooting the device itself. If that doesn’t help, then I don’t know what’s up.

@mighty-red-1 I think I know why I don’t see them
They are in Europe and they didn’t get the update yet.. Maybe this is why ? They have no update available yet . Maybe tomorrow ..

What do you mean by “the characters range changed from less costly to most costly”? I don’t want to be rude, I’m just confused.

@furyslinger200 It means that the order of characters has been changed in Astrotrain, from cheap to expensive to upgrade. Have you noticed that the characters from the Deceptihogs’ Revenge update are now in the 1st page (except Dark Megatron)?

Now I get it! Thanks!

By the way, it’s more that the characters are organized from least to most expensive prices for upgrades. They are organized in the order that can be unlocked each time you reach a certain rank.

By the way, my advice for this update.: Do NOT try restoring your device. Your save files will still corrupt if you try to restore your device, unless you saved your progress by Facebook, Google Play, or Game Center.

If I were you, I tell Rovio to add support for the app so the app’s progress won’t corrupt if you restpre your device.

Also, I strongly reccomend that you folks tell Rovio to add “Rovio Account Support” for Angry Birds Transformers as another way to save your progress.

@joeyba You have a crazy amount of coins!

@sal9 If you think that amount is crazy, check out my amount. Noticed that the number has 8 digits? :)

@birdleader If only that were a possibility. I’d gift you at least 7 million of my coins.

@sal9 I wish I could gift you some of my coins too. The least I can do is borrow your characters, which was not possible before this update due to varying versions on iOS and Android. I’ve borrowed your characters at least 2 times today, hopefully you were rewarded with gems.

There are actually 5 new things on the map.

Autobot Tower: Checks for friends activities. Located near the beach in bottom-most area of map.

Skywarp Runway: Pay 5000 coins to reconstruct runway, then you can use Skywarp Airstrikes. After 3rd airstrike is used, Skywarp must refuel. Located in Forest / Woods area.

Also, have you noticed a few things changed? The Pig City Music and Conalt Valley Music have slightly changed to extend the beggining of the music of each location. Also, Ultimate Megatron’s icon has changed.

@furyslinger200 Since you’re talking about minor changes too, here are some that you missed:

* The Sharktihogs are now able to be stunned.
* Shotgun PigBots shoot more realistically.
* Air PigBots have been buffed – all air PigBots now damage you. Before the update, the machine gun air PigBots and the ones that shoot Galvatron-like lasers didn’t do any damage.
* Bumblebee and Jazz now fire their rockets way more rapidly.
* The Energon Airstrike and Shield can now be activated again only after the previous ones have finished/worn off.

Wow you really know the ins and outs of this small update! Thanks for showing us what’s new for the game!! :)

@mighty-red-1 There is now a minor difference between Chuck and Bubbles. Bubbles can fire more rockets than Chuck before reloading…just felt like it needed to be added to your list!

You can now also see you GC friends in the friends list and borrow their transformers. There are also new GC achievements for completing missions.

Achievements GC work for you ? @bad-piggies-2

@grimmjow What do you mean? A few are bugged like the one with completing 2 squads

Yes, it’s that I sayed.
Since the last update, any achievements work, olds and news.
Rovio promised me they will fix them but nothing with this update…

Achievements doesn’t work… Again, again and again for ever…

They seem to have removed some coins collection spots. There used to be 29, now there are 25. Jenga mode started off repeating the same characters over and over, with a very low coin count (275-350), but went back to normal after killing the app and reopening it. Stingy on crystals so for too.

The deceptihogs’ new thanking animations are hilarious! Especially those with King Pig in them.

OFF TOPIC : angrybirds seasons “tropigal paradise” is out now on Android. Enjoy

The trailer has just came out, too and it looks to be enjoyable.
26 levels (20 in the new episode’s main levels, like “Back To School”) + 10 Pig Days. 6 are extra (1 3-star, 1-2 GE and possibly star/eagle levels like “Wonderham” to “Abra-ca-Bacon”
It has also been released on iOS.
Android: Google Play, Amazon Appstore right now
There is a BBQ hut!

Here’s a tip. If you have already purchased the original soundtrack and all of its songs, just buy the 2 new songs from the extended edition individually. The 2 music tracks are…

“Eggbot Actovity Dectected”: This song is the theme of the levels in Cobalt Valley, and it also happens to be my favorite music track! HOORAY! :D

“Through Pig City”: Obivously, this music is the theme for the Pig City Levels, as this track’s title implies. ;)

I hope you find this news great and I hope you enjoy the new music tracks available in the extended edition of the Angry Birds Transformers Soundtrack. :)

P.S. Forgive me if I misspelled some words, and to make things clear, “music tracks” is another name that I call the “songs” from the Angry Birds Transformers Soundtracks, both the Original and Extended Edition.

@furyslinger200 thanks for letting everyone know, though I already bought the extended edition ;)

Hey, has recently been updated to a newer version of this game version 1.4.25. But there is no effect on my device at all. I wonder these alternatives: Is the game any more compliant, that’s why throw me out? or is there any big problem in this version of the game, I did not get to play then? Fortunately, this game play on my computer yet. The name and version of the device is Samsung Galaxy S4 (GT-I9505) & Android Lollipop 5.0.1

Wonder if the new Stella, in two different forms, will be offered in the Telepod toys? Hope Rovio and Hasbro will bring out the new characters for the Telepods.

Our 2 iPads have updated but now the app won’t open it keeps crashing. We don’t play via fb just on our own. I don’t want to reload app in case we lose our ranking.

I don’t have any more characters to upgrade using the Kindle Fire app. What to do?

so would iron hide be the black bird?

I downloaded the latest update and now I can not launch the app. It opens the progress bar comes up and when it gets to the end the app shuts down. I am very frustrated I can no longer play and It worked fine be for installing the update.

Jeff This issue has been discussed here: https://www.angrybirdsnest.com/forums/topic/blue-streak-update-crashes/#post-105246