YES! Finally! So, what do you think? Should we do walkthroughs and have a leaderboard for Angry Birds Reloaded? Actually, if there are any Nesters out there that want to create walkthroughs that we can upload to the AngryBirdsNest YouTube channel and share here please let me know below

Let the feathers fly in a fresh take on the mobile game that launched to worldwide fame in 2009! Join the whole Angry Birds flock in the classic pig-popping slingshot gameplay that has delighted billions of players to date – now remastered with visual enhancements, new flingable characters, and new worlds. Ready your slingshot aiming finger for Angry Birds Reloaded, coming soon to Apple Arcade!

They say those who do not learn from history are destined to repeat it, and the green piggies haven’t learned a thing since first snatching the birds’ eggs in 2009. It seems that those precious egg MacGuffins have gone missing once again. There’s only one thing that can stop the greedy green piggies, and that is a good old slingshot and some classic bird-flinging action. Introducing: Angry Birds Reloaded! A fresh take on the game that took the world by storm in 2009 – all gussied up with fresh visuals, new levels, and new flingable characters. 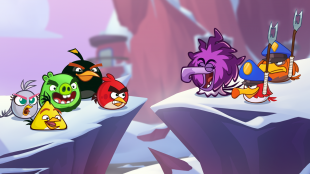 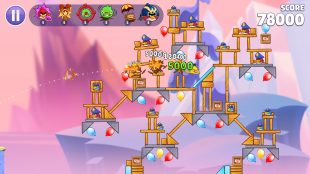 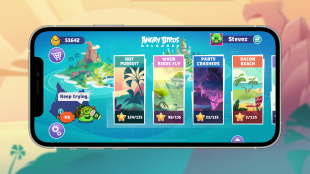 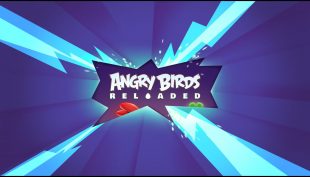 Are the Episodes in the 3rd pic the only ones in Reloaded or are the original game’s episodes still available in a different menu?

Is this only on Apple?

@kaaskoptv, that’s a good question! As an Android user myself, it would be cool to get it on both platforms.

Pretty sure it’s going to be exclusive to Apple Arcade.

Please have a look at this article:
https://www.apple.com/apple-arcade/

I read the article. What is it you want us to look specific?

It would have been nice for PC & Android as well

Looks interesting and I am excited to see what Rovio presents with this great game.

It is not as interesting. It is only on the Apple Arcade Platform. You have to registrate on Apple Arcade. You are charged for 5,99 Euro monthly. Still not playing. Rovio wants also his effort. So Power Ups you have to bu. Happy Flinging

Thanks for the update. I am not on AAPlatform and will not pay a monthly fee to play.

I hope it would be pretty good. I do like the mix of AB Classic and AB2 game mechanics though

Wouldn’t this be nice!

Nice, and rovio is also working on bringing the old games like classic and seasons back to us :) huge news!

Good to see them bringing the old style back. makes me feel quite nostalgic :b

Haven’t played the game, but the gameplay trailer already gave me the feeling of nostalgia. Maybe I’ll give it a go in the near future. After all, this gameplay is what got me hooked on Angry Birds nearly a decade ago. So happy to see Rovio return to their roots and caring about their fans again. Don’t know what happened at Rovio during the past few years after my retirement from Angry Birds, but hopefully they’ll stay on this path. Of course, the game’s exclusivity is a major blow to Android users, but fingers crossed they’ll get a taste of this nostalgia in the near future.

I’m on an iPad and I still won’t pay to play this in the Apple Arcade so I guess I’ll just keep playing the original games.

I got 3 free months of Apple Arcade with my new iPad, so decided to give it a fling. ABR is just like OG AB.
Will there be a leader board on ABN?

And I’m assuming those of us who have stubbornly refused to use power ups (other than in Friends) should continue to be stubborn if we want to enter scores on the leaderboards we SINCERELY hope are coming in the future? 😁😁😁😁

I wish it is available for the Google Play Store

I wish it is available for the Google Play Store