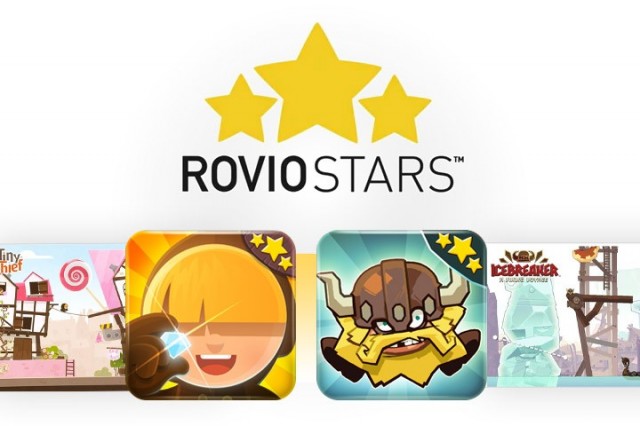 It’s impossible to deny Rovio’s success. It’s truly built a mobile gaming empire. Their success with the Angry Birds franchise is unparalleled, and Bad Piggies is not far behind. While there are other large mobile gaming companies, no company has come close to the records Rovio set on iOS or Android. From total downloads, minutes played, to the days as the number one app (or multiple apps), Rovio’s accomplishments are vast.

As Rovio forges ahead it has decided to expand its moat, as all successful companies should. Their newest endeavor is, Rovio Stars:

May 14th, 2013 — Espoo, Finland — Rovio Entertainment announced the launch of its new mobile game publishing initiative, Rovio Stars, which will feature the best new games from talented and innovative developers. This is the entertainment company’s first foray into including third party titles in its game line-up.

Rovio Stars will act as publisher for a small and talented group of third-party game developers. Through Rovio Stars these lucky game developers will have a chance to expose their games to a much larger audience. This model isn’t new to Rovio, as some of you may remember, the original Angry Birds was published by iOS big-wig Chillingo back in the day. When Angry Birds was originally launched, Rovio was a company struggling to turn a profit. Who knows, maybe Rovio Stars will publish the next phenomenon and father the next emperor of mobile gaming.

So what’s on tap? Well, the first game to be published through Rovio Stars will be Icebreaker: A Viking Voyage by Nitrome Ltd. (icebreaker-game.com). Also on tap is Tiny Thief by 5 Ants (tinythief.com). We will be publishing independent posts for these two games with as much information as we can find.

More About Tiny Thief and Icebreaker 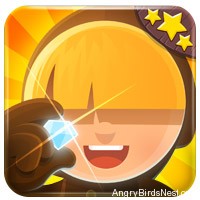 Tiny Thief is an addictive puzzle-solving, hidden-objects adventure. Set in a medieval fantasy world full of surprises, the game brings back the magic of point-and-click games with a distinctive visual style and oodles of humor. 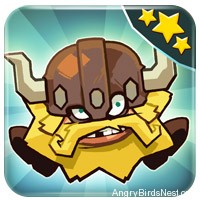 An epic adventure based on the award-winning flash game! An icy wind has swept the Vikings away, leaving them stranded throughout the land and surrounded by trolls, deadly traps, dangerous enemies, and worst of all… troll snot! Now it’s up to you to save them!

@AMslimfordy, is there any chance for “Ice Breaker” to be released on Android?(It says only iOS, that is why)Also would you people be doing walkthroughs for these games later? TY

I haven’t seen anything about Icebreaker being released for Android. You would have to contact Rovio about that.

We have not yet determined how we will cover these games.

Thank you for the quick reply. On a side note: I had posted a question about installing BP in “Meet the Team”(last one). No one has responded but since I have my answer now, the question is now irrelevant and if you want to, you can delete it. Once again, Thank You for the support.