Meet the Sky Punks – The Upcoming Game From Rovio Stars 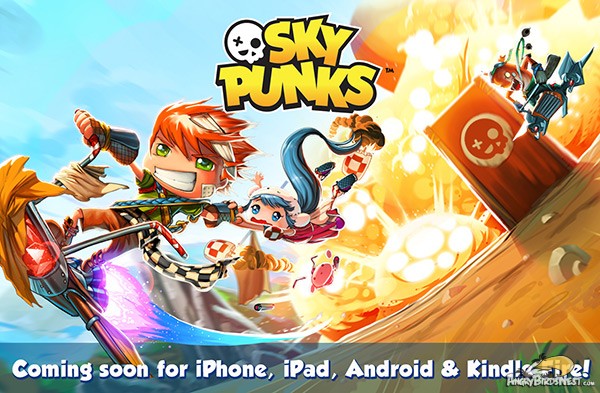 Formerly known as Sky Pirates of Neo Terra, the Sky Punks are the next game to be released by Rovio’s publishing arm, Rovio Stars.  Developed by Fathom Interactive, the game is an endless runner type, filled with unique characters, equipment and environments.

Sky Punks is currently in soft launch. At the time of writing it’s available for iOS in Canada, Australia, Philippines and Indonesia. Sky Punks should be release more broadly soon, including Android and Kindle Fire.  Here’s the official description of the game:

The creators of Angry Birds present Sky Punks! Assemble a daring team of Punks as you race your GlideWing across the treacherous landscape of Neo Terra. Harness the power of magic Crystals to defeat rival GlideWing riders and fly even faster!

Sky Punks is an unlimited adventure starring a motley cast of characters. Reveal their stories as you collect them all. Use the coins and Crystals you find to unlock new GlideWings and abilities as you explore the exotic world of Neo Terra!

– DASH endlessly across mysterious and unpredictable lands.
– UNLOCK new characters from a diverse Sky Punks cast.
– WEAR a playful set of costumes – even dress up as an Angry Bird!
– UPGRADE and unlock GlideWings, each one with different stats.
– POWER-UP and use boosts to get more coins and dash even faster!
– EARN achievements and complete tough challenges!

An announcement on Fathom’s site added the following, indicating this will be an entire franchise of games:

We’ve kept it secret for long enough, so today, we’re thrilled to finally unveil our latest and greatest: Sky Punks! More than just a name, this new IP is the evolution of the popular comic and video game franchise formerly known as Sky Pirates of Neo Terra.

Built on the solid foundation laid down by the original franchise, Sky Punks improves upon the world, lore, technology, and characters that its over 1.5 Million Facebook fans have come to know and love. The new Sky Punks offers a more playful cast of characters, more engaging stories, and even more daring escapades across the expanding world of Neo Terra.

What exactly do we have in store for this new franchise? The answer is something much bigger than anything we’ve done so far here at Fathom, and it starts with a brand new adventure right on your mobile devices! 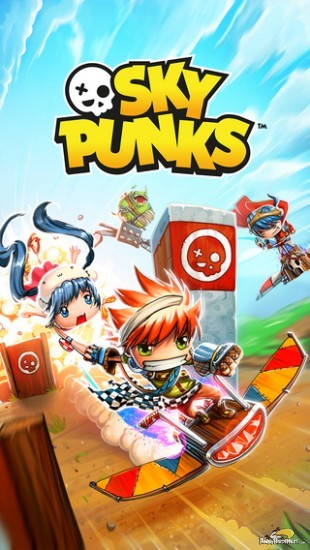 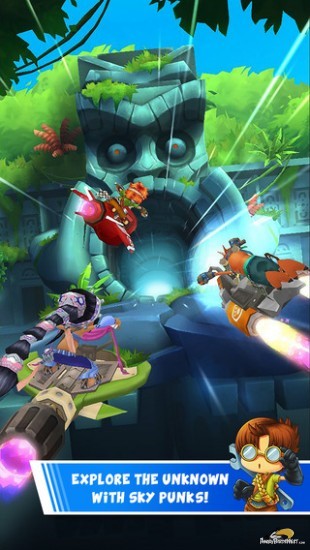 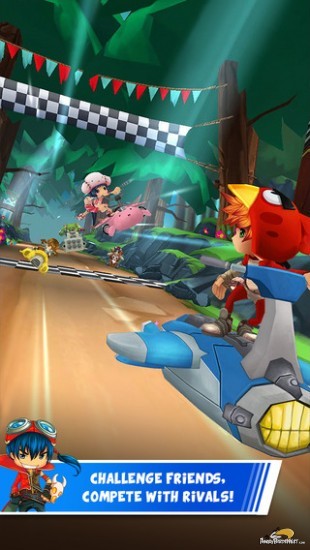 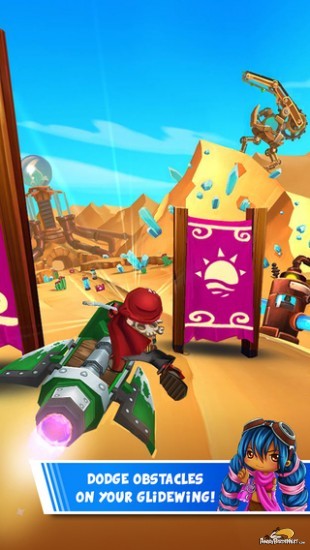 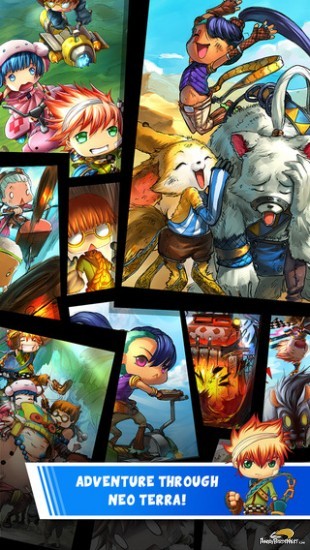 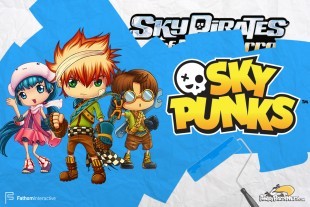 What do you think, fellow flingers?  Will you be entering the world of Neo Terra or are you sticking to the Angry Bird franchise?  Did you play the previous incarnation, “Sky Pirates of Neo Terra?” If so, are you excited for this new iteration?  Share your thoughts and opinions in the comments below.

Sounds inteeeresstingg! Love the art style, and the game is pretty addicting so far!
They’ve been making some changes and it’s only getting better!
Can’t wait for MOAR!

The new build should be available in a few weeks – LOTS of updates I hope you enjoy it!

I like the Red Bird Hat!
And the game looks interesting, too!
I think I’ll try it when it comes out!

It allows them to test their app before the global release. @sonnykero

I think it’s to promote themselves in other countries.

Awesome Sky Punks! I played the facebook game, read the comics, and have been playing it in soft launch in Canada. Love the Angry Birds costumes available for your characters. Great art style, challenging and fun. I love Plunder Pirates too, good stuff from Rovio Stars, keep it coming!

I have played this game as it is available in Canada now. Very fun, amazing art, colour, music – tons of maps and customization. Hours and hours of entertainment. Been playing 10 hours and still impressed.

It looks like this will be a racing game, but thsi time, with cool flying scooters!

It’s an endless runner type of game,it’s already there on the description.@rowdypup

Oh my gosh my country (Philippines) is chosen!

That’s exciting @Gian! Good to see other countries get an opportunity to test out this new game, too so have fun with it!

Unfortunately, it is not compatible with my iPod 4th gen 6.1.6. Oh well, have to wait for the official Android release then. :(

Sorry about that – the ipod 4 is just a bit to slow for such a graphic intensive game. Android is being wrapped up soon so keep checking back for news.

its awesome I’m in love with it

1 year ago yesterday, i joined ABN. Thank you so much for supporting me. Thank you! 1 year of ABN at here! Bravo.

These Kind Of Games Are Not My Favorite But This One Is Nice.

if facebook connection is required the thing don’t have a chance in china,will lose to or be bought out by ten cents anyway

Hi Fleshyskeleton – We will be doing a build specific for China and some other countries where social networks and other requirements are different.

Thanks for the note!

Looks like a race game which are fun to play. Will have to download this one and give it a try. Consumed with Transformers presently but up for another challenge to the finish line.