The staff here at AngryBirdsNest has finally recovered from the countdown to Angry Birds Star Wars II, which featured three separate updates in the span of a week — not to mention the release of Star Wars II itself! But now, Rovio is looking to push onward and upward! And there are three known updates that are quickly approaching on the horizon. 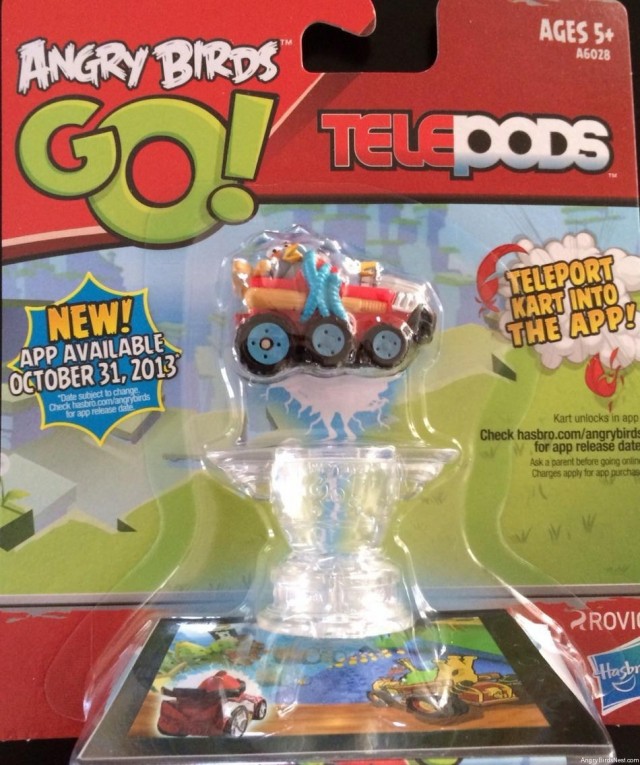 This information was uncovered a couple weeks ago by some outstanding sleuths (Credit Due: @angrysam and @josm). Rovio and Hasbro have released the TELEPODs for new kart-racing app Angry Birds Go! (Unfamiliar with Angry Birds Go? Read our posts!) The packaging for the TELEPOD includes a release date of October 31st, 2013 — with a small disclaimer that the release date is subject to change and yada-yada. Nonetheless, Rovio has announced no setbacks in the release of the app, so we’re banking on that date. Happy Halloween! 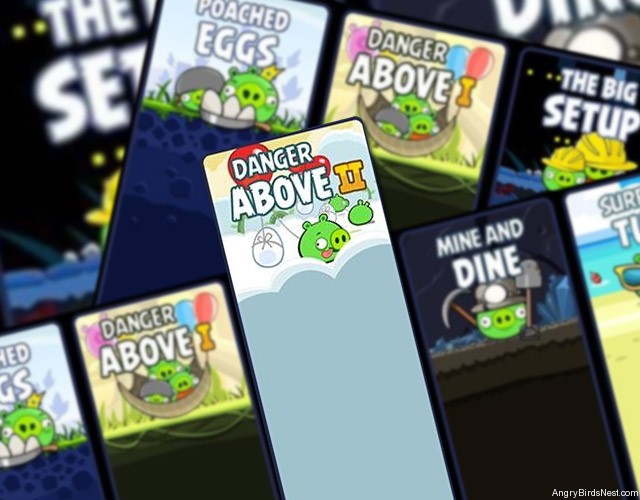 Let’s start with something that Rovio said publicly. With the classic-gameplay update to Red’s Mighty Feathers, Rovio announced the those 15 levels were not part of their original plan for the app’s next update. However, they said they are still on schedule to release a new update to the original Angry Birds in November!

Some clever sleuthing has revealed that this update may be named Danger Above II. Rovio hasn’t confirmed anything yet, but that’s never stopped us from speculating before!

With this update, we expect “completely classic gameplay” to return — as in, Red Bird will lose his special, gravity-defying homing ability. We also sincerely hope that this will appear as Episode 10, Chapters 24+.

There’s a few other things that were uncovered in this sleuthing, but we’ll leave them aside for now. They appear to be beta concepts that may not be release universally.

You haven’t seen the last of Seasons, but the birds & pigs may be celebrating Halloween in a few other games this year ;)

So what do we think this means? It certainly sounds like we won’t be seeing our banner change reflected in Angry Birds Seasons this year (sorry @BirdLeader). But nonetheless, we will see Halloween represented somewhere. Speculation and simplicity would suggest that the Angry Birds Friends Tournament will be decked out to support the occasion, similar to last year’s tournament. Anyone think the Zombie Pigs will be coming back from the dead… again?

Angry Birds Seasons was originally named Angry Birds Halloween. This is truly the end of an era and a sad day for me.

Too bad. As I am sure I am not alone when I say id happily pay for AB: Seasons 2.

Could it mean Bad Piggies update is getting closer?

@altla-darkwinder If yes, then it is coming tomorrow!!

I wonder if bubbles, Stella and terence will appear on DA2 because they werent part of the flock when danger above events happened

The Danger Above II image is from AB Free and those levels already exist for about 2 years. What exactly makes you think that right now there will suddenly also be a Danger Above II episode for AB original?

Ah okay, I guess I was right. I am not always right, but this time I was right. :-) The image is from AB Free and has nothing to do with a new episode in ABo.