Angry Birds Transformers update version 1.6.15 (iOS) and 1.6.16 (Android) was released today and fixes the boot crash many players on both iOS and Android had been experiencing after updating to 1.6.11 / 1.6.13.

*** INCOMING TRANSMISSION FROM TELETRAAN 1 ***
/NEW CHARACTER! The Blues have arrived as Bluestreak and Prowl! Unlock them via Portal Missions.
/ENERGONICONS! Knock down those Piggies even faster with fireballs, lightning storms, and many other unique skills by unlocking over 40+ different Energonicons to take into events.
/CRAFTING! Use your hard-earned materials to craft Energonicons in Professor Pigs Crafting Lab.
——— TRANSMISSION TERMINATED ———

This should be fixed now, so be sure to download the latest update.

We received many reports that the app crashes before loading. Rovio is aware and actively working on a fix.

But wait! You can help Rovio pin-point the cause of the crash by giving them some basic information in the Forums Section.

This is what they need:

Included in this Update

Thanks to @mighty-red-1, we managed to take a look inside, and it is Awesome! 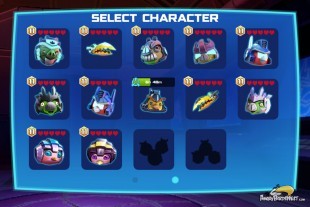 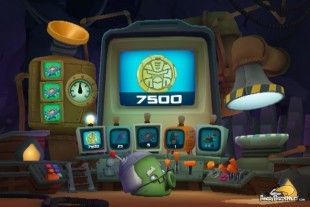 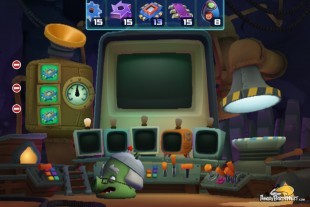 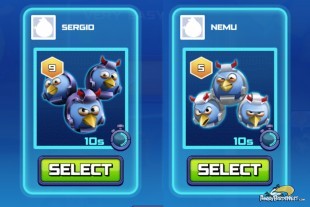 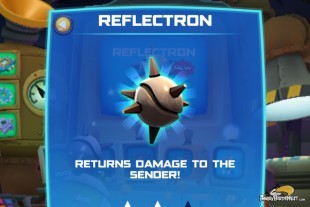 Android 3.1 on Galaxy S3, Buffalo NY, Level 220
1. Intermittent crashing after viewing video ads (seemed more frequent when I was level 219)
2. Reflectron doesn’t seem to work: my character died several times with it activated (else I don’t understand how it is supposed to work; I assume the opponent gets the damage, not my character. Or is it that both chars receive the damage?)
3. Intermittently couldn’t select second character for missions
4. Causes severe battery drain (not unique to this release)

Where is the game center?

OK thanks. I have Android. Are you able to upgrade to the new version?

For android the fix is very simple, in fact its the same problem as a few updates ago. updating app = problems. Only way to fix it for now is to delete the app, re-install, play a little till you can log back in to facebook and get your progress back. Only do that when you are sure that you have it saved on fb.. And make a backup.

How can I be sure of that. Everytime I play it does say welcome back and give my name. Is that how I can tell?

@vannie No, thats google play. Only if you were connected to facebook when you are playing, your progress is save. You can check it to install it on another device and log in to facebook in the game. that way you can see.

Whew, that worked. Thank you so much. I was very worried that I had lost everything. Jenga has come back, my gems have come back. Now, I wam just waiting for my progress to come back.

Crashes on load on device one. Works fine on device two. Also noticed there’s a sale on gems but would prefer to buy on device one….

After downloading new update game will not get past opening title screen. Do not have a Facebook account. Only have Google+. Cannot delete and reinstall or all my progress and hard work will be gone and not recoverable. Please fix because if I have to reinstall I will not go thru all that hard work and time again. Thanks

My angry birds transformers has been updated, but it seems that everything is go back to level 1. I never save in in FB. Is there a way I can restore back the achievement?

Irfan What platform do you play on? Please do not re-install the game before you tried troubleshooting first.
Refer to Rovio’s instructions: https://support.rovio.com/hc/en-us/categories/200204463-Angry-Birds-Transformers

a) which OS version is affected.
iPad Mini 1 OS version 8.4
b) which geographical region (city and/or country) is affected.
Indonesia
c) what level of rank you’ve mastered in the game.
Maybe 250++ (three character level 11, the others level 10)
d) if your iOS device might be rooted or jailbroken.
Not jailbroken

Upgraded to 1.6.15 today and having all kinds of new problems.

A.) Whole game is slowed to a crawl and everything is non-responsive. Totally unplayable. Before this happened, i had the following glitches:

C.) Completed missions do the same thing — after the prizes are collected, you have to collect the prizes 4-6 times before you can start a new mission.

Delete app and reinstall does not help. Lost all my game progress (I was at level 306 with 4 million coins and 800+ crystals) despite being logged into Facebook.

I have 1st gen iPad mini and iPhone 5 both with iOS 8.4
Detroit Michigan
level 306
not jailbroken

I’m experiencing the same problems, @ejse. In my case, it’s happening on my Galaxy S4 (Android 4.4 KitKat) and iPad Air 2 (iOS 8.3) (yes, the progress can sync between platforms). Today I sent a support request to Rovio about all these problems. Fingers crossed for a fix.

All better now on my iPhone 5S / iOS 8.4. I got excited when I saw how big the silo had become, but that quickly faded when I saw how much stuff the upgrades not require. I think I’ll load up the silo, then figure out how best to apply the resources.

I updated 1.6.16 on the Android device, Galaxy Note 4(5.01). But, the boot crashing still remains. They didn’t fix anything. I’ll re-install the game after Rovio confirms my situation.

Won’t load past the pretty new intro screen. Crashes when at 100%

It is a joke this game…
I applied the update.
As usual, in the launch the game plants. Thus I uninstall, I reinstall, I throw the game by Game Center, I play a part and my progress returns.

But besides 2 achievements GC which are buggy and blocked, 2 others were added.

Rovio is it still capable of making of real good work ?

we’ll wait for bomb and matilda

Thank you very much for Reflectron’s combination!:-)

Down loaded the new update, now have two characters that are stuck in missions that will not release. (Easy and middle) and one character stuck in update. Plus side, got a lot of eggs and points trying to get them out of missions. Just keeps repeating, time after time….
Level 264

@thomas-beyer Please report this to Rovio – you might be regarding this as a plus, but the portals glitched out on me too, and some time later the game began to lag horribly for me, making the game unplayable. More support requests should force Rovio to create a fix to this problem.

Same thing happened here, I abused the glitch to rack up all the goodies, now its bogged down and unplayable, both on my iPhone 5 and ipad air…kinda regret doing that now…hey exactly how do you report to rovio? is there a direct link or an error report email? thx in advance…I wonder how many others have the issue?

Installed update this morning after all missions and upgrades finished. Really wish they would have fixed the “Updating Progress” issue. I have a strong wifi signal and have restart about 5 times so far.

From what I’mreading, it doesn’t seem like the “crash fix” actually fixed the crashes. I’m glad I haven’t downloaded the update yet. I’ll just keep plugging away at my character upgrades for now.

game still unplayable as of 7/23 despite “fix”
Uninstalled and reinstalled multiple times.
Once connected to Game Center my progress is restored and then Immediately crashes.

Anyone have any idea why professor pig’s lab says that it is always closed?

This is a great addition which really helps the players in destroying all the blocks and completing the levels. Nice work at play Rovio.

i hope they change the display of the characters!
Red next to each others, yellow next to each, Hal… As they did with Stella and the Blues.

Just updated to whatever the latest version is, on an ipad mini 2. Now the game crashes every time we try to start a new level, at the ‘select energonicon’ screen. Game won’t do anything, so we restart, lose our progress since the last restart, and then the same thing happens again. Game is now unplayable. Really disappointed.

After updating my angry bird transformer yesterday 04/02/2017 whenever I try to play quest it always crashes but normal games can play.

crashes on loading. this issue comes 16/03. before – it worked well, after – can`t open the game. always fails. clear cache\reboot doesn`t help.
—
fire phone
russia (before 16/03 i was in europe – the game worked, after arriving back to russia it failed. not sure it does matter.)
Level 544
original (not rooted)