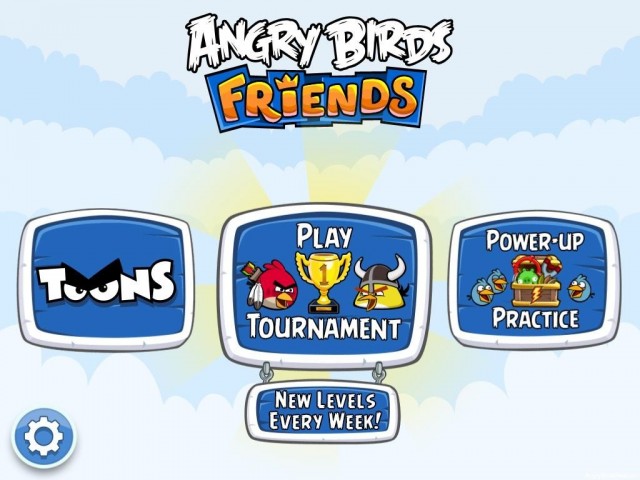 As we all anxiously await more news about Angry Birds Star Wars II, which will be coming to most major platforms in mid-September, Rovio continues to update and improve their existing apps.

The biggest addition in this update was the Angry Birds Toons Channel. This appears on the front page of the app on the far left. If you are unfamiliar with Angry Birds Toons, Rovio releases an original short animation each week, along with some exclusive trailers for animated films. This week, you can catch Egg’s Day Out as the 22nd episode of Toons, or a trailer for the new Disney-Pixar movie Planes!

Be sure to check:

Just a friendly reminder that scores obtained using Power Ups are permitted on our Facebook and Friends Leaderboards ONLY, so long as these Power Ups are used legitimately and without any hacks or tampering. We monitor these leaderboards very closely, and any offending scores will be removed.

I just found this out a few days ago.. It feels sneaky somehow..

@dr-omega Who’s being sneaky? Pixar for selling it, or Disney for buying it???? *Money makes the world go ’round…Ain’t it a beautiful thing?* lol

@amslimfordy: Scores obtained with power-ups are now marked with a flash sign on the level completed screen in version 1.2.0.

And as @chriss stated, there is a lightening bold next to a power up enhanced score. In my screen cap, you can see the level completed score with the lightening bolt. I’m not sure if the level selection screen will show a lightening bolt for a high score also as I was unable to improve a score using power ups.

The music updated, and it feels like they’re trying to remove the original Angry Birds theme off the face of the earth. They changed it into Trilogy on Classic, and they’ve changed the Friends theme to a more catchy theme. Wierd..