Happy Birthday Angry Birds! The Angry Birds “Birdday Party” update (v2.0.0) is now available for iOS, Mac, PC, Nokia, and Android via the Android Market and Amazon AppStore. This update — which Rovio announced a few days ago — celebrates the two year anniversary of Angry Birds! And coincidentally, we also wish a very happy birthday to Bird Leader as well (who is just a wee bit older than 2)!

>Update: The update has landed on Android Market and Amazon AppStore, as well as Mac and PC. Click here to see the details about the Mac/PC release.

Notice to all users: An update numbered v2.0.2 is making its way around and includes several bug fixes. It has thus far landed for all platforms, I beleive (Mac, PC, Nokia, iOS, and both Android ports). These improvements include: Fixing the “Scores Ending in 9” bug, Golden Egg #1 missing from Mac/PC, trackpad sensitivity issues on Mac, Facebook levels being permanently locked, and more.

The leaderboards are live. Come compete against some of the best!

Enjoy the (ever-more) levels of Angry Birds this December! If notice anything we didn’t please leave a comment below. Again, a very happy birthday to Angry Birds and to Bird Leader! 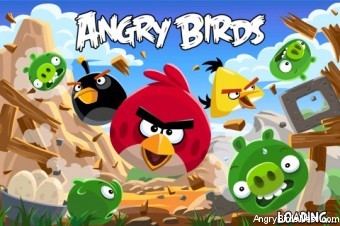 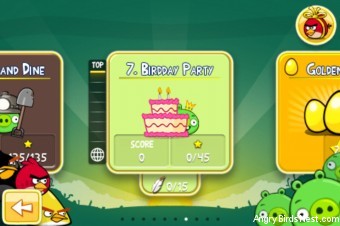 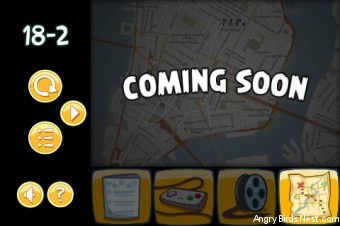 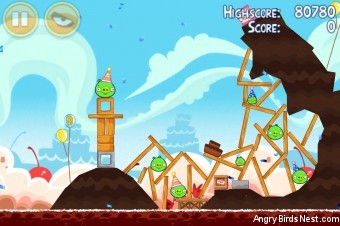 I don’t get the NYC map on the pause screen

I have 2.0.2 on an IPad, and I seem to have the new pause screen, but no map of NYC. That icon represents comics, which is what it links to. What versions / platforms have the NYC map?

It was removed. The NYC map was replaced by the Comics tab.

I’m on Android and my pause menu didn’t change. Wht’s up with that?

As Slim said, it’s since been replaced, so no one has it anymore.

I beat Birdday Party with only missing four stars. Before I finished beating all the levels, I only replayed one level after beating it. It was so easy!

The bridal party won’t update on my iPad since it. Came out..I keep pushing update ..noting it goes back to. Update..never got those. 15 in episode for abirds version 6.01 my dec 11 2015 new levels aren’t. Being sent to. My. iPad if it’s not available for. My. iPad let me. Know…it keep saying. On app that. I have one but when I push it it just goes back to update.. Why.. Thank you..