The much anticipated Angry Birds Stella v1.1.0 update has finally landed on iOS and Android via Google Play. Note, a few lucky Nesters, including @josm, got early access to this update.

This update includes a TON of changes, which @filipersr breaks down in detail here. With that said, let’s recap the major changes:

Well, there you have it. Now it’s up to you to let us know what you think of the update below! 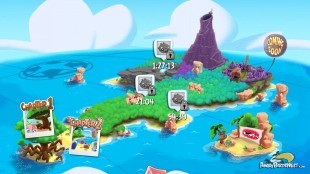 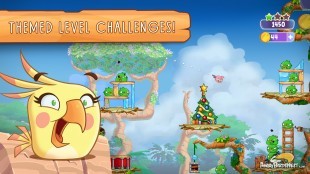 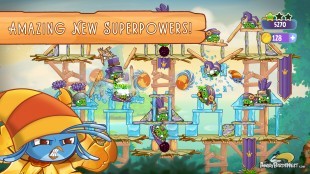 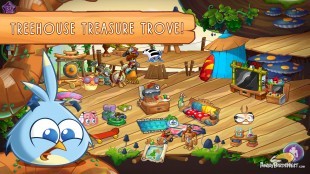 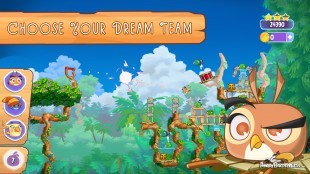 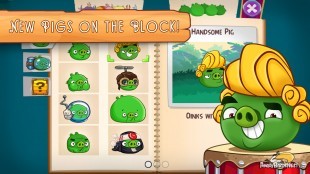 I don’t like the new levels at all. Some of the level layouts are repeated in bonus levels (Christmas Tree) and some are just too similar. There are two scenes that I have played numerous times and just cannot get 3 stars. Oh, by the way, in case it wasn’t mentioned, if you 1 or 2 star a level/scene you cannot go back and play it again. As soon as I see I have not made 3 stars I reset. It seems as if I have made all the bird house goodies so each level now is just a chance at coins. What happened to the boarded up cave and the “Coming Soon” notice. That is what I am looking forward to playing.

That’s not true, @divelucaya. You can replay a level if you have only 1 or 3 stars. At least on iOS.

What level are you now?

Once I click on a pig and play that level and the purple stars are given, no matter how many, that pig (and therefore that level) disappears and a new pig has to be chosen. And I’ve gotten all the bird’s goodies and yet have not seen the extras you get from them. Several were, upon completion, supposed to add 5 coins to the large reward on the wheel, but mine is and has always been 15 coins.

Sorry, but to me the “massive” update just doesn’t do it for me and I’m ready to uninstall from my devices.

What level are you now?

Yes unfortunately this game is also bugged like all the other recent updates from Rovio. There are never more than 15 coins, no matter how many items you have collected. I’m at level 24 now and it sais that there should be 100 coins on the wheel, but there are only 15.

how many levels are in golden island?

I already did Chapter 1 and 2, and I’m at level 12 now, but it’s getting kind of boring because every “scene” or game I play at these levels is very similar to the others… Or exactly the same even if I “unlock” them by paying with my gold coins… Is this normal? Or is it just me? How do I get new “scenes” or games?

I read somewhere that you can “switch sides” to play Gale and the pigs. How do you do this? I don’t see that option.

I love this game and these updates are great. I just want to know when are we going to get another chapter(s) to play. The up grades are so very well thought out, please keep up the good work.

How do I get into chapter 3. It just says coming soon.

It’s not out yet. Hence the Coming Soon.

Well rang it’s been saying coming soon the past 15 levels for me and just about on level 29 , I’m tired of waiting and replaying the same things every day! It hasn’t even given me an option to upgrade my game in the play store! Come on chapter 3!!!!

Are there walkthrough videos for the special reward levels on Golden Island? There’s no indication what number level I’m on….I can’t find any help videos for this level. Help??

Love the games….I’m playing Stella. Are there “walkthrough” videos for the Golden Island Special event levels?? I can’t find them. Thanks!

When can Stella go into the cave . I have been waiting for this update since before school got out.

My app doesn’t open chapter 2, it’s been in coming soon for over a year. But I see comments from people talking about this chapter, why mine doesn’t open?