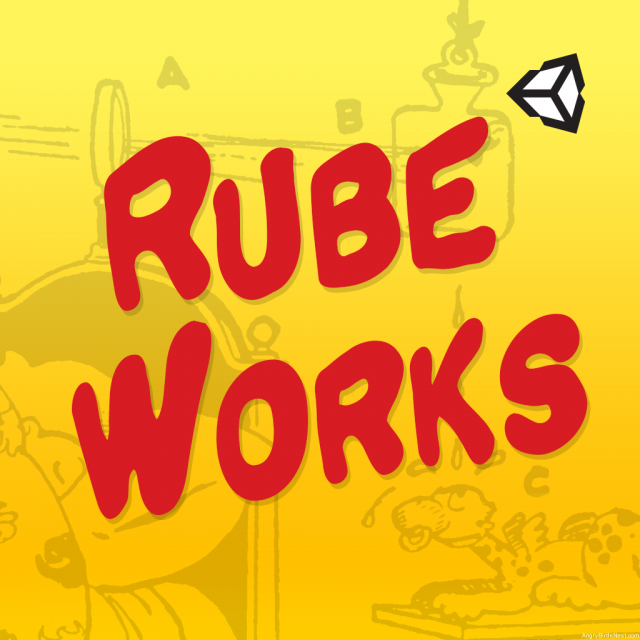 Do you remember the exact day your iPad was hijacked by your kids?  I do: it was about 37 hours after I bought the device.  And if your iPad isn’t covered in peanut butter and jelly fingerprints and loaded with loud apps that teach semi-important preschool skills, then I would like to come live with you and borrow your iPad for a few seconds (or months).

One night, after the kids were relegated to their beds and doing their best impression of sleep, I downloaded Rube Works based on a tweet I saw earlier about it being the “first officially endorsed Rube Goldberg app”.  I could tell from the App Store description that my young, under-7 kids wouldn’t be as interested in playing as I would, so I hid the icon away in a folder that houses grown-up (code for “boring to kids”) apps like Pinterest and eBay.

It took a few weeks to find the time to sit and play the game uninterrupted, but when I got to playing I was very impressed.  Designed with input from Rube Goldberg’s granddaughter, this app captures the essence of Rube from start to finish.  Players create complicated “machines” to perform daily tasks such as getting a glass of orange juice or turning out the lights without getting out of bed.  All of the items are supplied, it’s up to players to put them together successfully.  At each stage the machines can be tested, and hints and helpful info are provided on each item to make sure they are used to yield optimal results.  Graphics are straightforward and have a retro-kitsch feel, as if they were drawn by Rube himself – and this adds to the overall game play experience.

So back to my story about the sticky-fingered iPad heist: Usually when I try to help with (or play) a game while the kids are using the iPad, the response is usually an animal-like snarl and some gnashing of baby teeth.  When I showed Rube Works to the mixed breed wolves-slash-children they suddenly started playing WITH me instead of trying to snatch the iPad out of my hands and running away, screaming “HAHAHA!!”  I had finally found a game that the three of us could play together, a game that promotes teamwork and creative problem solving.  I really liked that the secondary outcome of playing the app was a conversation in real time about the different puzzle solutions and relating them to my kids’ every day lives.

At $2.99 this app is fairly priced, especially when you relate the download cost to the replayability and overall content value.  Sure, it’s fun to hand the iPad to the kids so you can have 7 minutes of adult time, but sometimes it’s just fun to play with ’em.  Rube Works is the perfect app for family game night – just make sure you don’t serve PB&J as a snack beforehand. 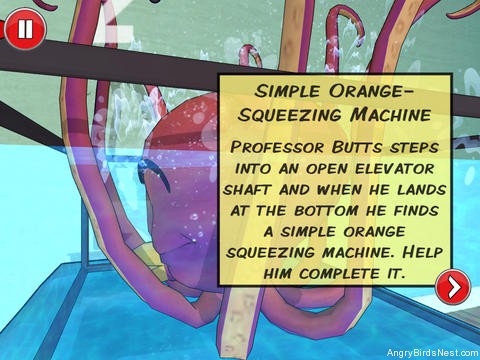 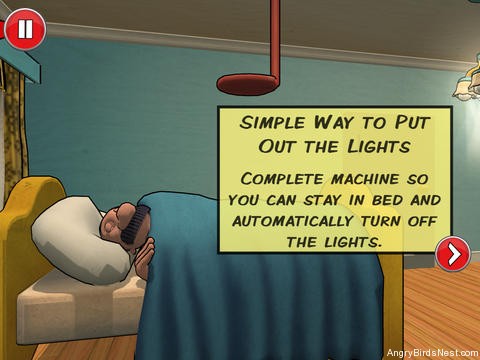 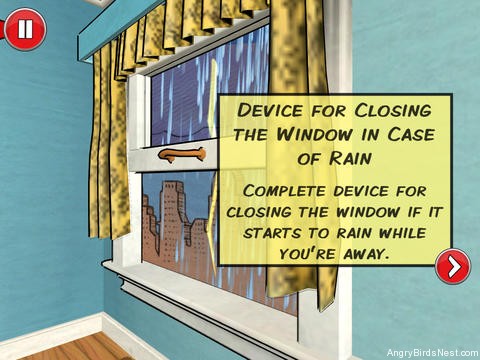 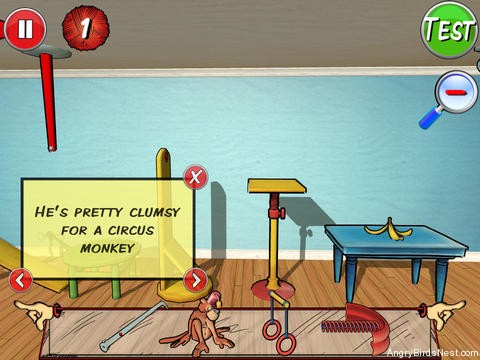 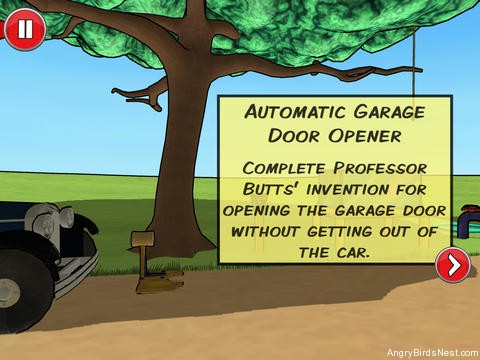 UPDATED VERSION! INCLUDING 9 ADDITIONAL LEVELS, ON SALE THRU DEC 31st!

\\\"Fans of cause-and-effect puzzles should not miss this.\\\" 5 Stars, PadGadget http://bit.ly/1cxgwMr

Is pouring a glass of juice just too straightforward and boring? Try using a jack-in-the-box, magnifying glass, string and a cymbal-wielding friend to achieve your goal. The more creative your solution the better!

Designed and Produced by Electric Eggplant. Engineering and Art by Kalani Games. Produced by Heirs of Rube Goldberg.