Rocket Robo: Our review of a family-friendly game that’s out of this world 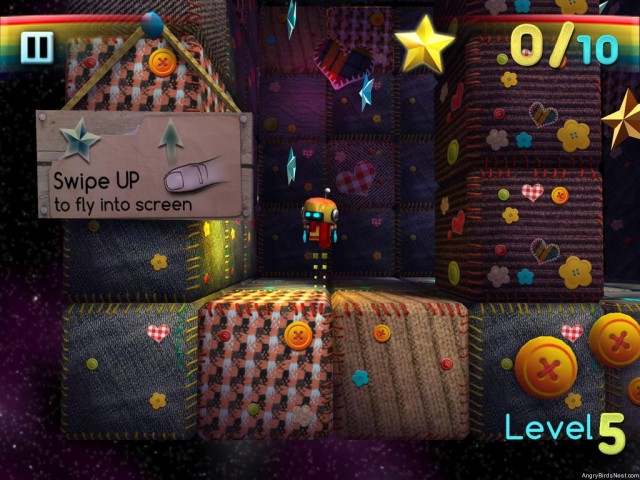 There’s a real division in the App Store between “kid” apps and “grown-up” apps.  So few app developers manage to create game that’s family-friendly; it should have appropriate content, be easy enough for little fingers to play, and challenging enough to keep adults engaged.

Rocket Robo is perfect for the whole family.  It’s a story of a robot and his maker, who live together in a lighthouse in outer space.  When the stars they love disappear Rocket Robo goes on a star-collecting adventure through 57 levels across three different worlds.

The worlds consist of richly textured graphics and look like giant quilted blocks.  Obstacles are in every nook and cranny – the spinning saw that guards stars or bouncy squares of sponges that launch Robo in different directions.  There are even bombs that will disassemble the robot if he detonates it.

Game play is so simple – tap and hold the screen to make Rocket Robo lift off and fly.  Tilting the screen right or left moves Robo in the direction of the stars to collect them.  As the levels progress there are more stars to collect and new game play functions are added to make the game just a little bit harder.

I love playing this game.  The instructions were easy to follow and the progressively challenging levels never got so hard that I wanted to quit playing.  My kids – with a little help – also were able to easily play the game, and I didn’t mind letting them because there’s no inappropriate themes or content.

For $0.99 this game is a well-priced and highly replayable download.  All-ages content, engaging game play, and a high overall “fun factor” makes Rocket Robo a truly family-friendly game.  You may even fight with the kiddos on whose turn it is to play with the iPad… 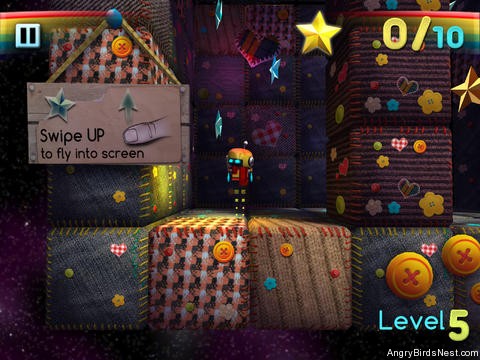 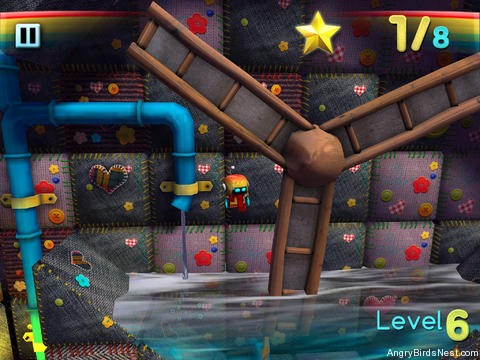 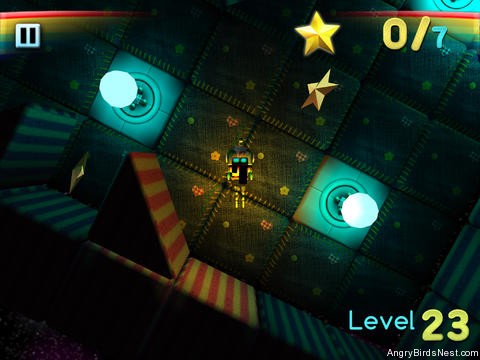 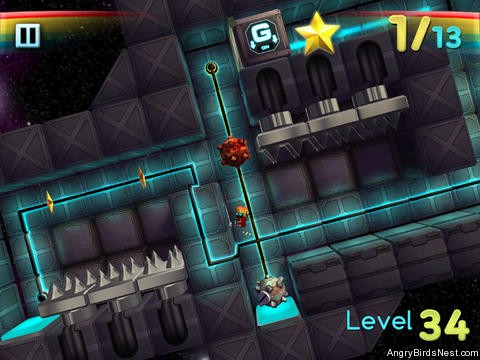 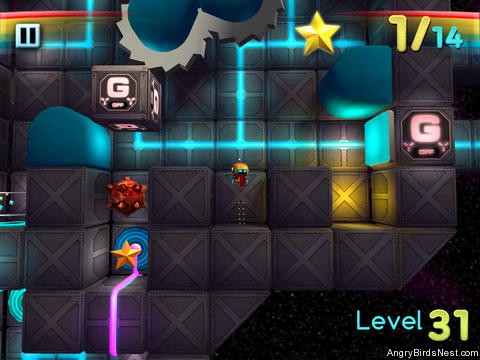 In the middle of space stands a solitary lighthouse. A beacon of light for travellers lost. Inhabited by a little robot and his friend, an elderly tinker who built him. They would often play games for fun but their very favourite thing was sitting together, watching the stars glisten. One unusual day however there were no stars to be seen, they had just gone!…

Guide Rocket ROBO around 3 wonderful worlds; Material World, Space Station and the 3rd, Sugar Cube(coming very soon); across 57 levels in an attempt to retrieve the lost stars, find out why they were stolen and restore power to the lighthouse where Rocket ROBO was created.

IGN.com - “This one caught me by surprise, and so much so that I had to award it the top spot in the big Thursday update.”

4.5 / 5 -appgefahren.de “Rocket Robo is definitely worth the money. The graphics are beautiful and the control is simply out of hand.... Rocket Robo is one of our favourites of the month.” (Translated)

iplayapps.de - “undoubtedly one of the most lovingly crafted casual and puzzle games we\'ve seen in the AppStore. We hope that the title creates a major breakthrough…. in our opinion a must-download!” (Translated)

Looks great to play and appears to be fun. The Key features seem to provide a lot of different entertainment and diversity. Will have to give it a try.