Doggins – Our review of this adorable adventure game 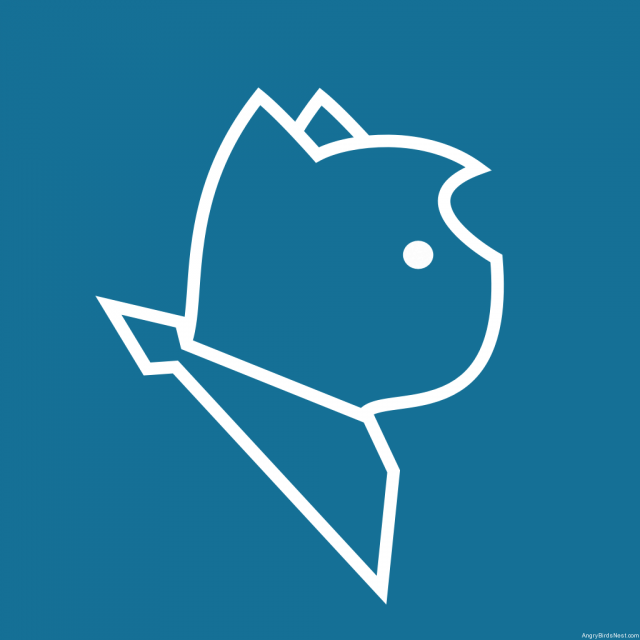 If you have a dog, you know how funny it is to watch them dream. They run, twitch, howl, and even bark in their sleep an it really makes you wonder what it is they’re dreaming about. I’m pretty sure that my dog Rudy has daily nightmares about a crafty squirrel villain who taunts him into an endless series of chases. I’m also pretty sure that I have a pretty active imagination.

Maybe I’m not so far off with my dog dream theory – indie release Doggins offers up an eerily similar storyline. Husband-and-wife team David and Brooke Condolora are the two brains behind Brain & Brain, the development team responsible for the inside look at a dog’s REM cycle. Not only have they created a vastly unique and family-friendly adventure game, they’ve also garnered critical acclaim for Doggins with a very recent nomination at SXSW for a Gamer’s Voice Award.

Doggins is – you guessed it – a dog. His life is “ordinary” but he escapes the mundane when he falls asleep at night. One night he’s rocketed to outer space to come nose to nose with Fitzwilliams, a diabolical squirrel with a giant acorn on his shoulder. Doggins must solve puzzles (like how to tie a bow tie out of toilet paper) to outsmart the squirrel by the time he wakes up.

Hailed by the devs as “a quiet adventure”, the entire game-play experience is stylized and sleek. Of course the sound effects are pared down and mellow, which is a nice change from some of the overstimulating soundtracks you may be used to. Artwork is graphic and streamlined with a visual style reminiscent of cut-paper collage work. The overall effect is indeed a quiet experience that focuses more on the actual storyline than it does on loud action sequences.

I played this app with my two children, ages 3 and 6. There was some intermediate reading required but both kids could easily manage to play the game independently. My youngest has an ongoing fascination with anything dog-related and kept saying how Doggins was “so adorable”. My oldest loved trying to solve the puzzles, which were just challenging enough to give him a little bit of a mental workout.

My only gripe is that there’s no more content to the game. It took only about 30 minutes for the three of us to finish the game, and my son played through again and completed in around 15 minutes. At a download price of $3.99 it’s a bit costly with regards to the replayability. There’s no denying that it’s “so adorable” and given some content addition in future updates, Doggins has the potential to be (sorry in advance for the following pun) out of this world. 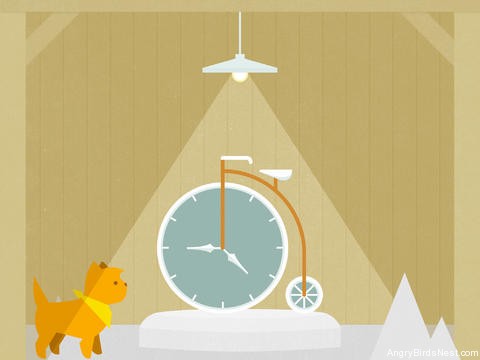 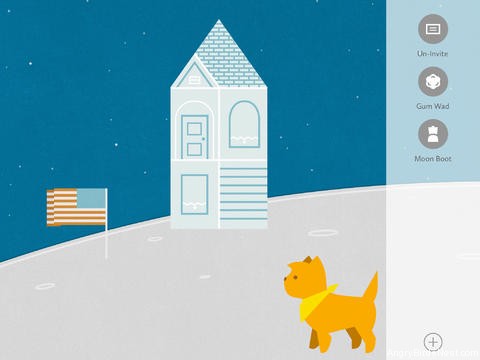 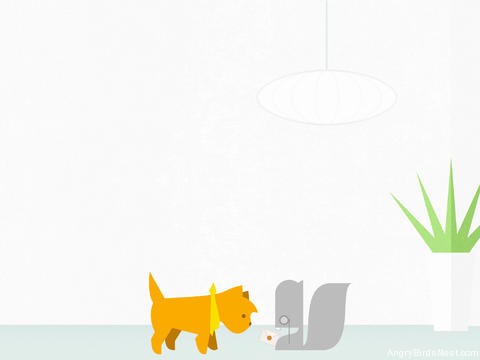 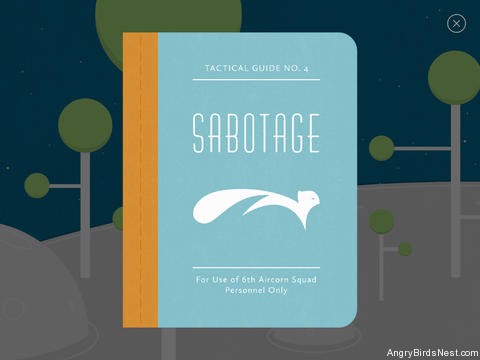 Doggins is a quiet adventure that follows a dreaming terrier\'s battle of wits with a villainous monocled squirrel. Explore and solve puzzles on the moon as you unravel a plot to reverse the history of human invention!

Doggins lives in an ordinary house between endless other ordinary houses. He sleeps in an ordinary bed under a tall, but otherwise ordinary window. And every night, he dreams of adventure. On this particular night, his arrival on the moon disrupts the schemes of a diabolically genius squirrel named Fitzwilliam.

• Classic item-based puzzles combined with gesture interaction in a way that proceeds naturally from the environment.

• Designed for an immersive experience of the world and story with visual storytelling and minimal UI.

• No in-app purchases or ads!

\"Doggins stands out with its own look and fantastic animations, while letting users explore at their leisure. It is funny, with lovable characters and fun puzzles. The game’s charm can’t be overstated.\" — iLounge

\"The artwork, too, is just so enchanting, and the animations send every character bounding straight to your heart. In the cuddly sort of way. Doggins is the kind of game you\'ll actually want to sit back and enjoy.\" — JayIsGames

\"Doggins is a pleasant adventure game with amusing characters, and puzzles that don\'t drive you to frustration. There\'s a delightful simplicity to it that many adventure games fail to achieve.\" — Pocket Gamer

Doggins was created over the course of two years by husband-and-wife team Brain&Brain and inspired by their indomitable cairn terrier, Oliver Doggins.

What do you use the moon boot for and how do you get to the bottom of the crater ? Thanks !