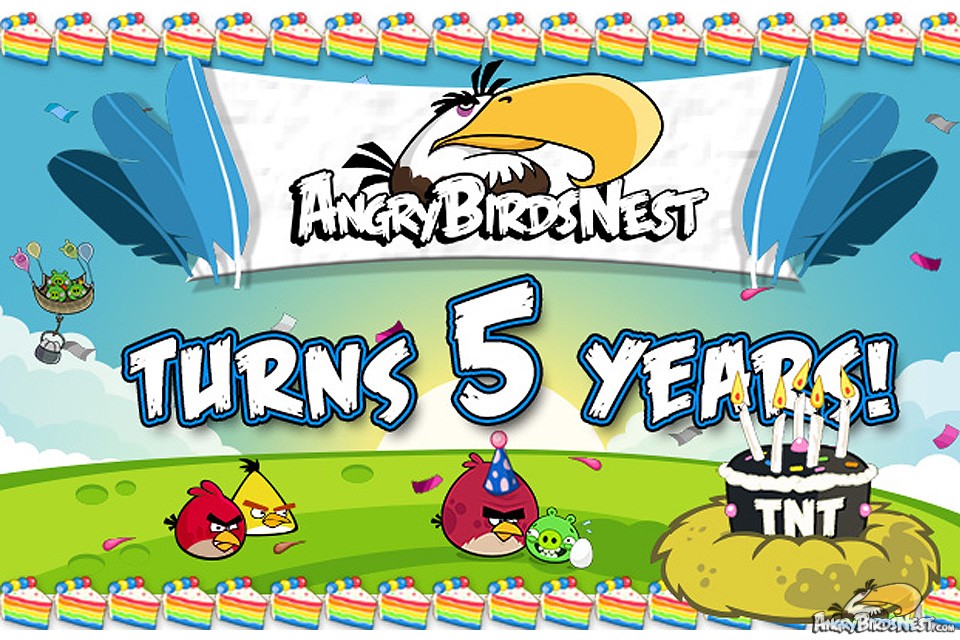 The ‘Nest just turned 5! YES, FIVE! Time really does fly, even if Angry Birds don’t. It’s hard to believe that when we started AngryBirdsNest we only covered one game: Angry Birds. It wasn’t until a few months later, in October 2010, that Angry Birds Seasons was released and we started covering it too. Today … well … we provide help for over a dozen games.

For those who don’t know — or for those who just enjoy hearing the story — the idea for AngryBirdsNest began in May 2010 when our very own Commander in Beak @BirdLeader, and his then two-year-old son, became mildly obsessed with Angry Birds (BL was really obsessed with finding ALL the Golden Eggs). Instead of just creating the site, he first asked for permission from Rovio’s Mighty Eagle’s, Peter Vesterbacka. With a green light in hand, @BirdLeader created the first version of the Nest (seen below): 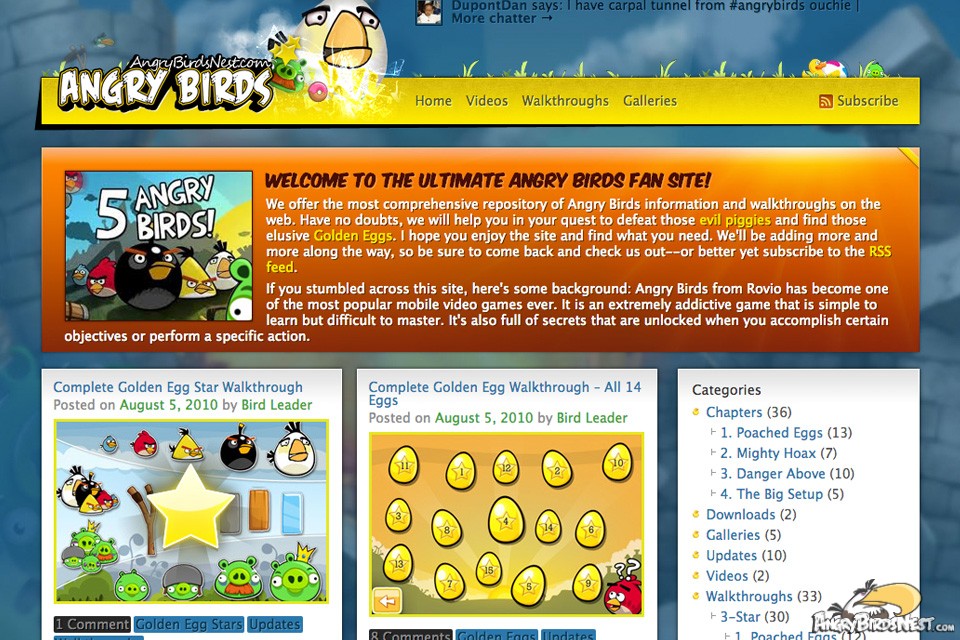 Since then, we’ve seen AngryBirdsNest grow from that humble little site in the screenshot to a full-fledged community — apparently worthy of our own levels in Angry Birds Seasons and Angry Birds Star Wars!

It goes without saying but none of this would be possible without you: The Nest Community … the Ultimate Flingers, The Unparalleled Fans, The Nesters. So from the bottom of our hearts…

A big, MASSIVE, thanks to all our @admins as well. This community just wouldn’t be the same without you all. Special thanks to @e-star for the beautiful image above.

Happy birdday! I think i’ve been a member for more than 4 years, and it has been very welcome to learn others strategies and to compete in a friendly fashion. Thank you admins for keping up the god work!

Happy Birthday-and many more of them-and thanks for all the often much needed help.

Happy Birthday!
Nest is The Biggest “Angry Birds Community” Site I Have ever seen!!!!!

I missed it yesterday, but Happy belated birdday! And thanks to my fellow Nesters for all the help with strategies, videos, etc!

Happy Birthday! Can’t wait to see the great things that will happen in the next 5 years! Thanks to all of my fellow nesters and each and every one of the admins. My day isn’t started until I visit the nest each morning.

Happy Birthday! its amazing to see that Rovio has been stsrting to admire our work, so that’s why they keep putting “references” in their games- because of US!

I like the new look here. Very funny I’m the background.

Thank you so much @birdleader @amslimfordy @sal9 @estar
I’m hooked!