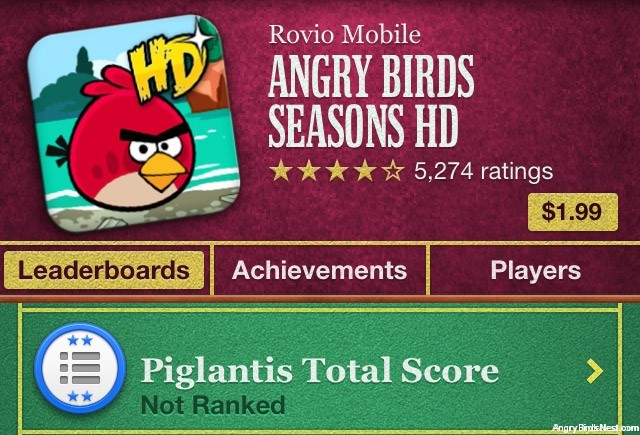 Just like the lost city, little is known about this update. We don’t know when this update will land. We don’t know how many levels it will contain. We can speculate that the theme is going to be something similar to Surf & Turf, since i doubt it will actually take place under water (not to say it wouldn’t be cool, but it seems like a drastic change.) But we do know one thing: It’s gonna be awesome!!! So keep your eyes peeled both on your AppStore and here at AngryBirdsNest. We will likely be the first to report when the episode is released.

The Philadelphia Mighty Eagle is coming this fall!
http://youtu.be/Wyv1YIvEgn0

I saw that too! Here is the announcement.

Still no update? How long do they wanna wait?

Want to pop new pigs and objects now on Piglantis! Its gonna be extremely awesome!! I shall be pleased there are updates every month!

Excellent news! I know it’s available for iOS, what about the other platforms?

All new physics! You go under water. Very cool.

Piglantis is out for iOS!!! Awesome!

Piglantis 3: 3* = 99740 .. This one relatively easy, but pigs don’t always die when they fall in water. Maybe if you wait long enough? Not all levels require aiming through water, fortunately.

Water is completely harmless for pigs: they die when they hit the ground.