There are two Golden Eggs in Angry Birds Seasons Back to School. For complete details on how to obtain each of the Golden Eggs and for our video walkthroughs just click on the respective image below to be taken to that page.

Golden Egg #36 – Big Notepad is unlocked after you 3-star all levels. Once you’ve accomplished this goal tap the notepad in the middle of the golden egg screen to open up the level.

Golden Egg #37 – Level 1-13 has the Golden Egg directly behind the slingshot. To get this golden egg send Terence low so he bounces off the base of the structure and bounces back into the textbook hanging from the rope. After you destroy the textbook a stone barrier will pop up on the left hand side of the screen behind the slingshot. Now gently lob big brother so he slowly rolls down, hits the stone barrier, and bounces back into the egg. 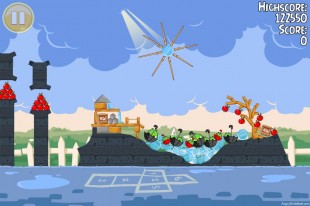 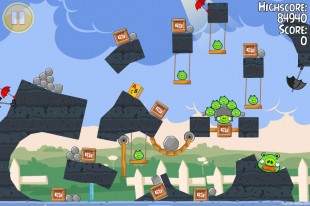 Great job! @BirdLeader @Sal9 @FujiToast (and @AMSlimfordy if he couldn’t resist while on “vacation”). I was tempted to start by saying “what took you so long?” ; ) , but figured your sense of humor probably did not survive all the hard work. I still have several levels to 3*, so looking forward to the walkthroughs.

Much appreciated! If you were’t otherwise aware, the walkthroughs are live.

Egg #37 can actually be hit without hitting the textbook first. Aim Terrence back/down onto the ground just behind the slingshot (about 7 o’clock) so that he bounces high and then falls down just behind the platform.

I tried the suggestions. There doesn’t seem to be a wall popping up. Tried rolling the bird off the platform. He still misses the egg. Any other suggestions? Thanks.

Have you watched the video? I think that demonstrates it pretty clearly.

The three star BTS levels were challenging to complete. Didn’t seem to be an easy level. I hope the golden egg level are a tad more fun.