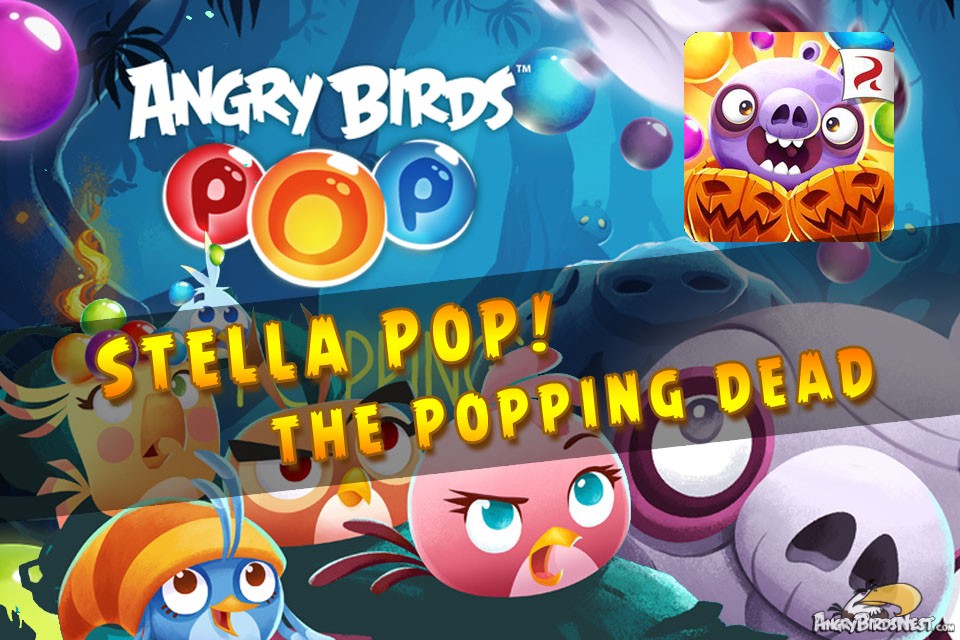 From the Play Store:

Red is back – and he’s on a mission to pop some zombie pigs. Use his special Rock Pop to clean this place up once and for all and get the candy back from those nasty zompiggies!

So what do you think? Have you played the new levels? Did you enjoy it? Are you looking to give it a try? We want to know!

Anyone got the joke?

I do, “The Walking Dead”

Wh else thinks it should’ve been Bubbles instead of Red?

Then what power did Bubbles have if he would be in ABPOP!? Also, his cute and cuddly nature will suit the game!

I just downloaded this one recently and play on iOS. Will I have to unlock up to level 320 to play this update? Will these level be available after the event, but red won’t be playable? And are the awards powerups or something else? I really enjoy the zombie pig levels and want to know if I’ll be missing out!

@dieidiotscum The update brought collectible candy which is present in every level, not only in the new levels. The levels will always be available to play, but Red will leave Golden Island when October ends. The candy rewards are either power-ups or coins, so start collecting candy if you need some power-ups or your coin budget is low.

@sal9 This update has finally landed on iOS.

How do I collect the Candy?

Just got the 1000 candies and got a measly 2x colour changing bubbles!! Now it’s gone up to 3500 for next prize! With each level averaging 6-12 candies? Are you serious?? Where’s the incentive to keep playing?!?

You’re probably playing early levels. While I was playing the Halloween levels, the candy amounts for levels varied from 30 to 80 (watch the videos above).

What’s new in this update.

20 new Spine-Chilling Levels has you make your way through a dark and dangerous garden full of giant, carnivorous plants.

Power Flower: This flower spawns power ups as you play through the new levels.

The Spiky Obstacles have been redesigned in this update.