The first rule of Fight Club is: be angry, very angry! Angry Birds Fight! officially launched today in the Asia Pacific region and should be out globally this summer!

The Fight! makes it’s way to the Asia Pacific region!

Get ready for the player vs. player matching mayhem of Angry Birds Fight!. Unlock new characters, equip them with wacky equipment, and go head-to-head with other players in frenzied real time puzzle battles!

The game concept is pretty simple. You need to line up 3 or more Angry Birds vertically or horizontally to attack your opponents. The more matches you make in the given amount of time the more powerful your bird becomes. Once the timer has run down the matching ends and you now fight your opponent head to head. The more powerful you bird is the better your odds are of winning. Simple right?

Check out this gameplay video from @mighty-red-1 if you’re still confused. 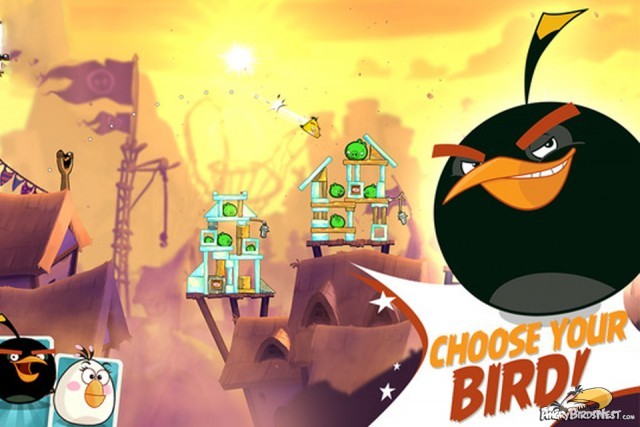 Note it’s your turn. Let us know what you think of this update by leaving a comment below. Haven’t played? Are you looking forward to it being released worldwide?

@sal9 – Opinion please, should I update Under Pigstruction or just play it the way it is now? Currently three starred through level 138, all birds at silver class.

@burbman I think you should update now as it is change in game and levels and it t will affect your game whenever you update it.
I had 3 stars on almost all levels to 210, maybe 5-6 were only two stars and as I can see some are changed to 2 stars and some are zero (meaning I completed level with 1 point).

@burbman You should update. Many levels were redesigned, and you want to take advantage of the new progression tweaks.
As @cosmo2503 said it’s just a few levels.

Updated and enjoying it! Thanks @all for the feedback.

Congratulations @mighty-red-1. I am glad you are my FB friend, now I have references for 3 stars scores on all levels I haven’t 3-starred or haven’t completed at all.
Also thanks for gifts, I didn’t play much these days but it seems that finding gifts is more difficult now as I didn’t find any in three days.

@cosmo2503 Thanks. I know that you don’t get a lot of gifts from me, but it’s because I keep sending them to @sal9 and one friend from Twitter. I’ll definitely send you more gifts, once I collect some. Since I don’t have any levels to 3-star, I just restart a random level over and over until a gift spawns.
Off topic: Are you still playing Stella POP!, because I see that you’re still on level 46? The game has received a lot of balancing over the past month.

What device? iOS or Android one?

The latest update of Angry Birds Fight! adds a few new islands including Western Island, the option of enhancing items, and the acquisition of equipment after each fight.

Grrrr !! Still not disposable in Europe. However rovio is an european compagny :-). This game seem incredible and beautiful. Patience, patience.

I live in Singapore, so I have been playing Fight! for quite a while already. While it is fun at first, the game starts to get a bit dull after awhile.

Also, notice all the cool looking gear that those birds are wearing in the trailer and promotional pictures? Yeah, your’e probably not going to get a lot of them. Those items can only be obtained through an RNG system like epic’s GPM. However, the gems you need to use it are not only limited, but not very common either. One stage only has 2 gems, 1 from the boss and 1 from the challenge, and despite the small bonus amount you get from 3 starring entire islands, once you complete the game, the only source of gems will be the occasional events. Really cheap tactic, Rovio.

I Hope It Comes Out For Android Soon……:'(

All Angry Birds games are on both iOS and Android. So it will probably launch for Android too. Hang in there! :)

will those games come to America? please

I don’t know exactly when, but judging that Fight! will be released worldwide sometime this summer (it’s official), it’s safe to assume that Under Pigstruction will come around then or later.

@sal9 Bonus birds don’t yield any bonus points, only the Birdie and Strike shots, which give 10K and 25K points respectively.

And not always the full 10k and 25k, I have run across a few levels where the bonus is much lower.

The Fight game looks interesting but bird vs bird will take some getting use too.

When Pigstruction will be available in all the world?

Nobody here knows, but probably in mid-July to August.

That sounds a little too early for Under Pigstruction to be released. After all, Angry Birds Fight! was released worldwide in June 11.

I feel like that Under Pigstruction is more likely to be released sometime in the Fall or Wonter of 2015. But it might be possible that it could be released late in the Summer season.