The King Pig has devised an evil contraption that swoops upon unsuspecting Angry Birds’ Nests and lift away out of slingshot range in mere seconds!

Birds living in the vicinity of Piggy Island (and offshore territories) are cautioned to look out for flying pigs in wacky “ROFLcopters” which while typically prone to spontaneous disintegration, are seemingly getting more advanced by the day.

In other news, King Pig was the esteemed guest of honor in the non-existent Piggy Island Economic Forum. He managed to anger several million fans of Angry Birds in mere moments. 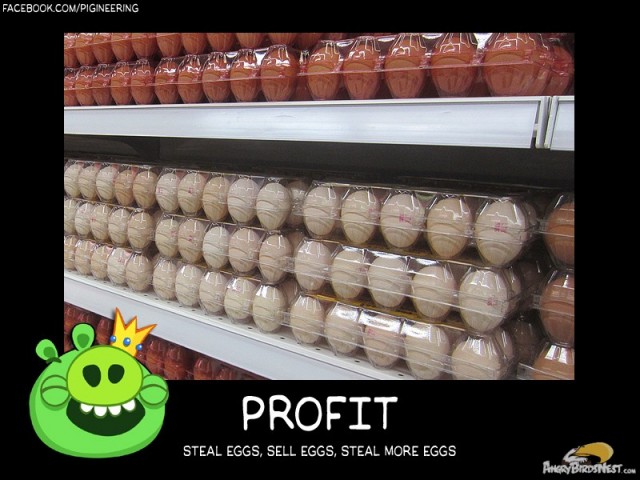 All I want for Christmas is the return of the clever creators at PIGineering.

Leave a Reply to Uncle B Cancel reply