Toast Time – Our review of this funky 8-bit shooter 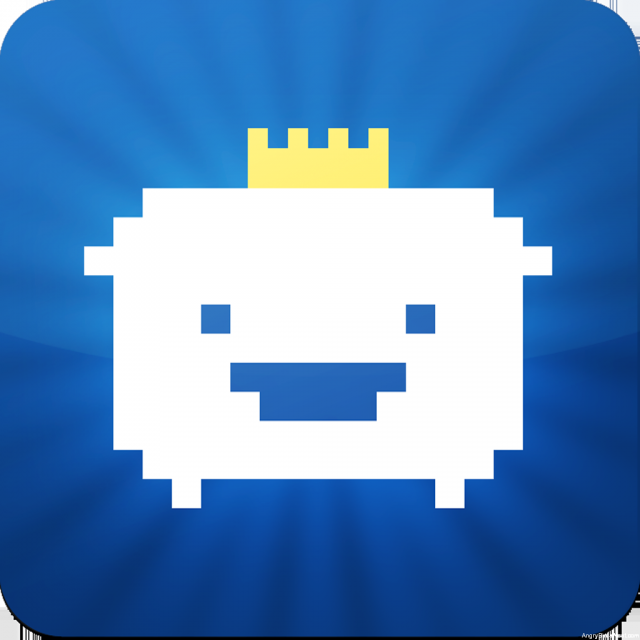 Shooters are a fun and timeless game genre, but they’re not always family-friendly.  I know I don’t want my kids learning the finer points of marksmanship using computer-generated guns on virtual people; even though they’re not “real” (and it’s my job as a parent to teach them that), realistic shooters aren’t appropriate for kids.  When the shooters and the shooting are transformed into unrealistic, non-violent elements, it makes the game more about skill and dexterity and not at all about promoting gun violence.

Toast Time has essentially transformed the shooter format and made it so quirky and fun that it’s perfect for all ages.  Terry is the “toast-ejecting recoil & reload system” – aka the toaster – that uses breakfast breads to launch and little monsters and save the bagel-loving universe.  Graphics are 8-bit retro and the chiptune soundtrack changes with each level.  Game play is easy as it requires only a simple screen tap to launch the bread in the general direction of the bad guys.

Developers Force of Habit explain that the beasties have traveled across the space-time continuum in search of extra free time, and landed in Toast Time on a Monday morning.  Terry starts out shooting slices of white bread and as he moves through 45 levels (missions), he acquires more menacing ammo like baguettes and bagels – there are 16 different types in all.  There’s a Game Center feature so you can connect and compare dough-slinging scores with other players.

Instructions are provided during the various levels and some reading is required, but even young non-readers need just a little guidance to learn the essentials of playing.  Younger players might also need a but of help understanding British humor, which is a heavy underlying theme of the game.  There’s no violence, blood or guts, or real “guns” so you don’t have to worry about making sure the content is right and you can feel good about handing over the iPad to let kids play independently.

I’m not a huge fan of shooters because, frankly, I don’t have the best aim.  They’re often frustrating for me, and I certainly don’t download anything realistic on our shared family iPad.  Being a professed anglophile I enjoyed the subtle British sarcastic humor (“Fancy a slice?”) and the the 8-bit graphics made me feel less subconscious about my abysmal aim.  My kids haven’t yet tried to play but if I sat with them for a few minutes and helped them learn how to play, I’m sure they would easily be able to play on their own.

The only issue I have with Toast Time is the download price of $2.99, which is a little high when you consider the content.  There’s no mindblowing game play, intricate storyline, or incredible graphics – it’s a simple yet appealing 8-bit shooter.  Hopefully there will be some additions in future updates to justify the cost.  On the other hand there are no annoying ads or IAPs, which add to the family-friendly quotient.  Overall it’s a fun game that’s great for the whole family and is definitely replayable, but I would skip it for now and wait to see what may or may not be added in the updates to come. 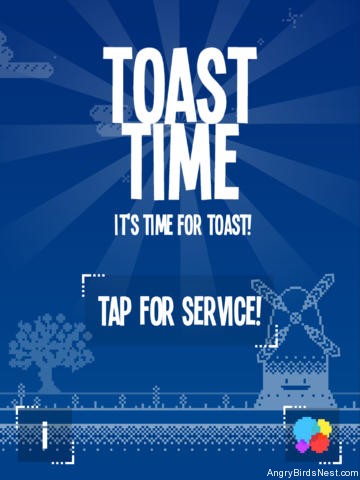 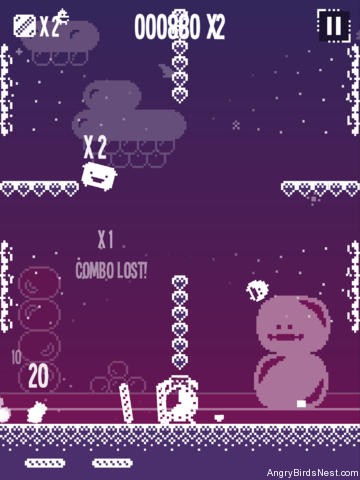 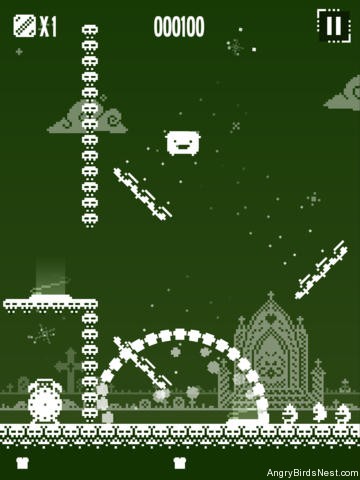 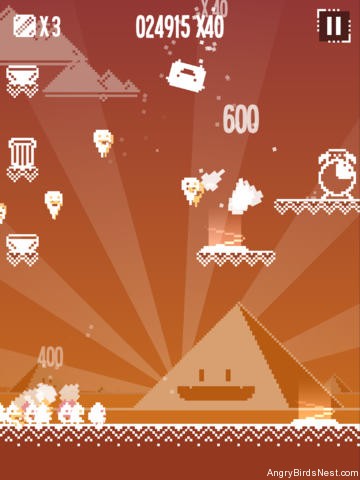 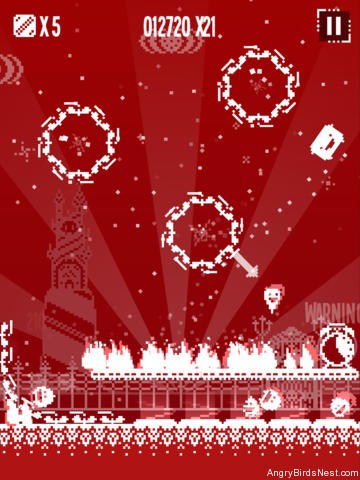 A throwback to the golden age of video games where old-school homebrew titles fused arcade action with a distinctly British sense of humour.

Inter-dimensional time-blob beasties have sailed the cosmos in pursuit of spare time, and now they\'ve found it, tasted it, on an idyllic Monday morning.

Assume the role of TERRY (toast-ejecting recoil & reload system), a humble and solitary toaster with an uncontrollable love for English breakfasts, hats and scheduling.

Tap to launch toast, crumpets and magnitudes of other breakfast paraphernalia at the beasties. Bounce around and crush them with your hot metallic mass. Tip over bins, and use the environments to your advantage. Drink a little coffee and go a little crazy. Do everything it takes to defend toast time – you are Monday morning\'s final hope. Have your toast and eat it.