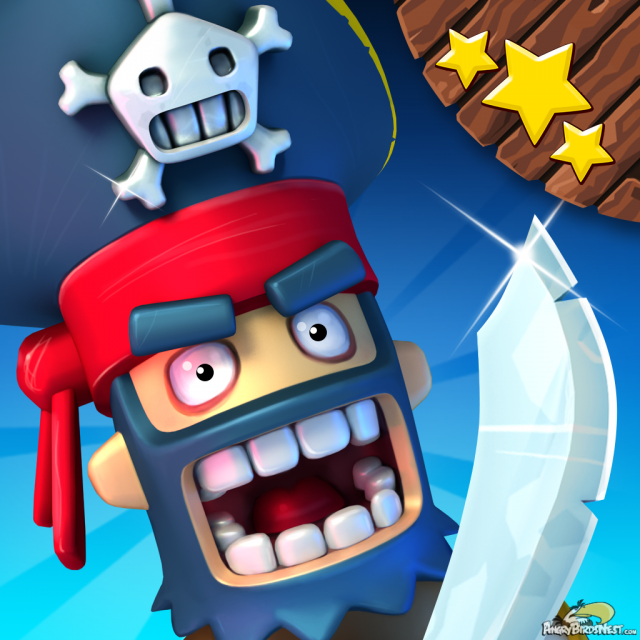 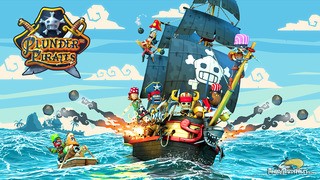 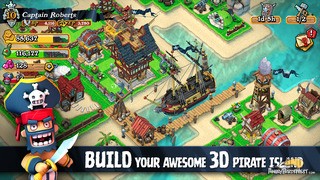 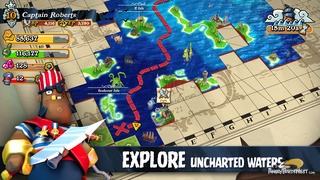 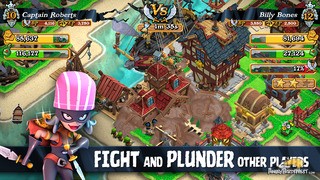 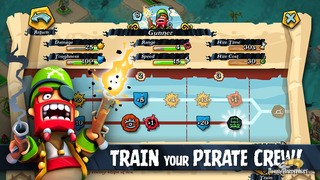 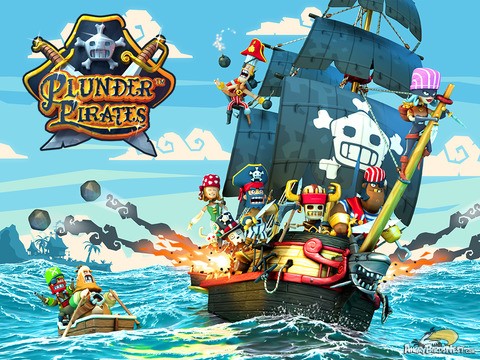 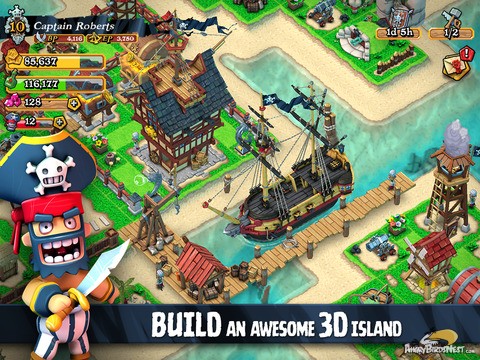 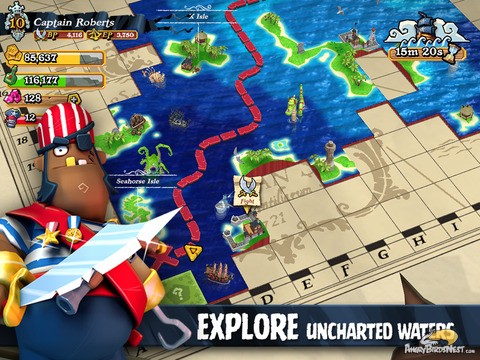 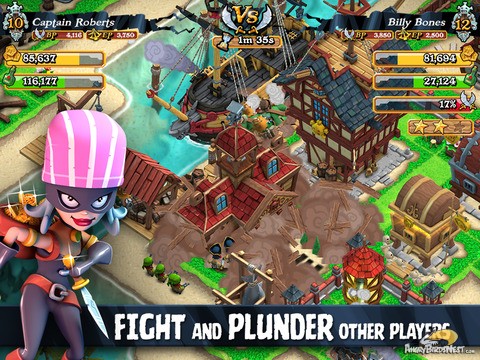 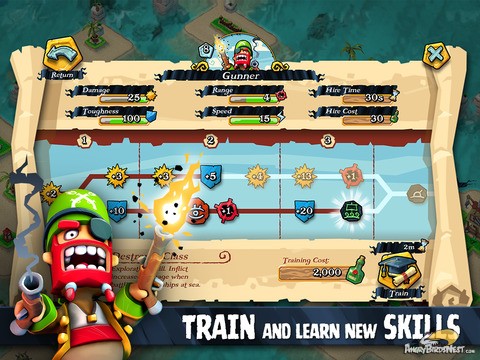 Send your pirates into battle against other Captains and players – then plunder their loot to fund your adventures! But get ready to defend your island because pirates live for revenge…

From game industry veterans Midoki and the rampant scallywags behind Angry Birds comes an addictive real-time strategy adventure like no other! Build a 3D island, recruit a pirate crew and set sail for uncharted waters.

*Note: Plunder Pirates is completely free to play, but there are optional in-app purchases available.

- BUILD an epic 3D pirate island then spin it 360° to see every angle! - ASSEMBLE a crazy pirate crew from 10 seafaring scoundrels! - EXPLORE uncharted waters in your mighty galleon! - BATTLE rival Captains, ransack enemy islands and plunder their booty! - JOIN a Pirate Guild with your friends and enjoy exclusive Guild perks!

*Note: A network connection is required to play. iPatch optional.

Halloween comes to Plunder Pirates in this all new festive update and the scallywags have been busy decorating their island with pumpkins, bats and spiders to join in with the festivities. Not only that but there are a whole set of new events for the exploration map, a brand new trap type, and the behemoth Frankenbrutenstein has been unleashed!The ghostly goings on won't be around for ever, so make the most of them while they're there.Update also includes: Halloween button - switch the island lighting between sunshine and eerie ghost town New and improved Plunder Cam - UI has been removed making a clearer image Sticky situations - Pirates stuck during battle have been released Upgrades - Additional levels for both the Mystic Mortar and Bunker added National Pride - 30 new country flag added Made betterer - Numerous other bug fixes and optimisations (full details at forum.plunderpirates.com)