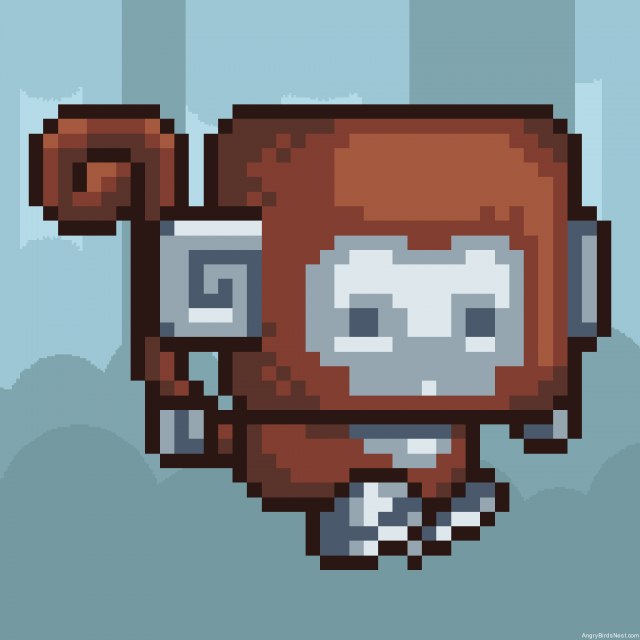 Iron-clad pants, copy-cat fish, and clones of all shapes and sizes, MOVE ASIDE. If you’ve already moved on from Flappy Bird and Splashy Fish is getting boring, but you need more of the so-easy-it’s-impossible apps, then look no further. There’s a new pixel-art animal on the scene, and he’s gone bananas.

Monkey Boots is the new side-scroller from indie developer Tony Dimovski, the singular name behind Cocky Culture. Dimovski started out creating OS themes and skins and branched out into game development in 2011. With titles ranging thematically from zombies to sushi to ninjas, Monkey Boots is by far the most basic (but by no means boring) game Dimovski has created to date.

Game play is super-simple, but by no means easy. Help the monkey escape the elephant stampede by tapping one of two buttons – either the right button (jump/stomp) or the left button (slow down). You get points based on the distance your monkey travels and even more points for stomping on the elephants, which come in a variety of sizes.

If you’re thinking that Monkey Boots looks oddly familiar, you’d be correct. It shares a lot of similarities with the overnight sensation Flappy Bird; there’s the simple side-scrolling format, the retro pixel graphics, and the fundamentally basic scoring. Monkey Boots is simultaneously easy and impossible, and can be played and enjoyed by all ages.

After playing Flappy Bird almost exclusively for the last week, Monkey Boots was a refreshing (yet equally frustrating) change of pace. Even my three-year-old has managed to beat my high score. All of us have to wrestle the iPad away from one another to get a turn, with the others looking over shoulders and holding their breaths to see if the last high score can be topped.

The downside is that the add is a freemium download and there’s a ton of advertisements. Be careful to change your device’s settings or keep an eye on young players so they don’t make an accidental IAP. Otherwise, it looks like Monkey Boots is shaping up to be the Next Big Thing in side-scrolling awesomeness. 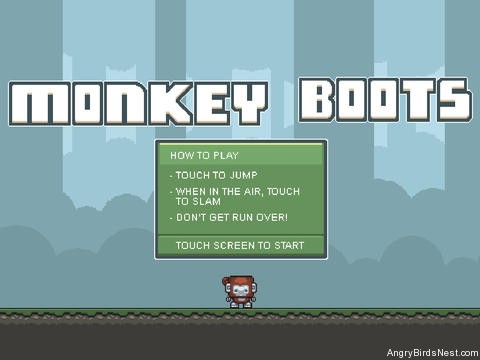 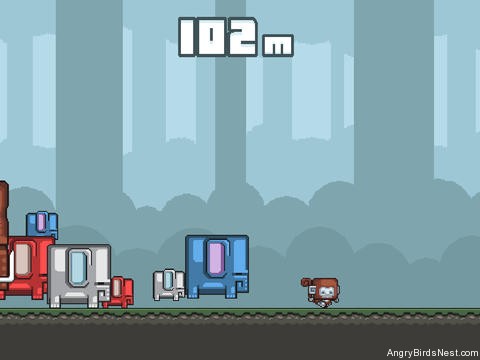 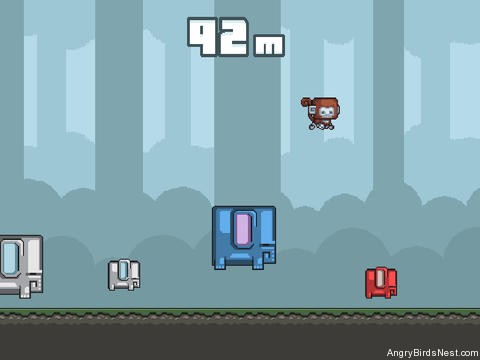 Get extra points for stomping the Elephants

My son has this (suggested as a decent Flappy Bird alternative) and likes it a lot. He’s gotten a score of over 300.