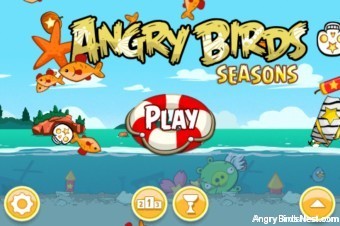 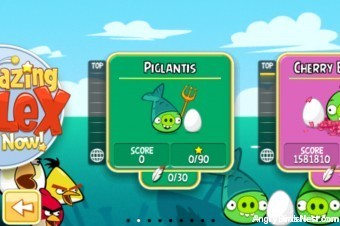 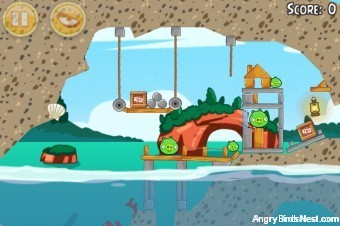 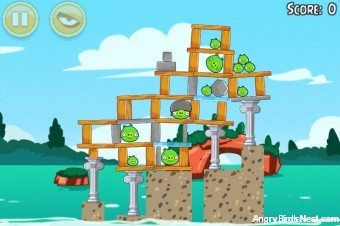 It has added Summer Pignic and the site has had a update to is look too.

Yup. The Summer Pignic levels look different than in the app?

The Summer Pignic levels look the same.There are 28 instead of 30.

It the chrome app that has an update to its look.

It has a total score for all your levels and a lock that can lock your scores.

The lock option is to remove the right side of the screen while you playing a level.

Thanks. Will take a look and draft a post.

any other update soon for any angry birds

Rovio does not typically announce release dates in advance.

I’m enjoying this update, so many different way to get those piggies….and the birds are doing a great job of swimming and diving!! :)

Oh, yes. I liked it too,At first I thought its going to be really hard, but now i’m slowly getting used to diving. ‘swimming’ eggs are my favorite. :-)

Me too. I got the same thoughts as you!

Argh…again with the delay for Mac. Frustrating to see every other platform launch before the Mac, every time.

Mac is eariy that playbook & symbian (my primary platform, but already 3 month no news), so i got enough patient to wait.

This was, without a doubt, the toughest AB game yet. The water was fun, but I got stuck on too many levels, so it got a bit frustrating. There were a few I spend over an hour on a single level trying to get 3 stars.

The Eagle was worse, though. There is always some wiggle room with what constitutes “total destruction” but I actually had a few where I wiped the level 100% clean of debris and it was still giving me 96%. I came to ABN for a walkthough and did it that way and there would be 3 bricks, but it would give me 100%. It seemed VERY inconsistent.

I do hope the do more water based ones. Maybe even have some where you need to send the bird into an underwater tunnel and pop them out on the other side.

Mac? What about Mac users?

soon? first they made it for iOS and Amazon Store, next day for PC and Google Play. 6 days have passed!

chrome just got an update. They got Summer Pignic

If Rovio ever made a full-fledged editor on PC’s or Macs, I can totally see people finding new ways to use and abuse water physics, like the slingshot being placed underwater, or using the White Bird’s egg-dropping ability to fling it in new directions it couldn’t do on land (which does happen, but it’s not really abused).

Seasons has an update in ios AppStore today.
It says it fixes some gameplay issues.
I bet it fixes the exploding raft on 2-2..

I’m not going to update until I hear more.
If anyone Updates could they post results please.

Lol, thanks for letting me realize that. I’ll try to activate the Self-Destructing Raft before updating.

I applied the update, but after reading your comment, I tried 2-2 to check, and the raft still automatically explodes at the beginning of the level. Happened the 2nd time I went through this level.

Piglantis is now for Mac too!

Is anyone else having issue with the mac update, won’t open and keeps giving me crash reports :(

No issues on my end.
You might want to look for AB crash report folder on your computer and clear the cached files from there.
Your game might be trying to load using that last “state files”, reproducing the crash each time you launch it.

Thanks I keep getting EXC_BAD_ACCESS/KERN_PROTECTION_FAILURE ? This is caused by the thread trying to write to read-only memory. This is always caused by a data access.

Bit generic guess I will have to wait see if there is a fix update :(

did you restart your computer after clearing the crash logs? You should give it a try.

still waiting for any updates on PC

PC is up-to-date on all apps.

I’ve checked several times over the last few weeks, and still do not have an update to download on Intel AppUp. Anyone else have this issue? I’ve tried reinstalling Intel AppUp, and still no luck.

You would have to ask Rovio is Intel AppUp is still being support. For us, “PC” typically means the standalone app from download.angrybirds.com.

Hello,everybody!I hear a news that rovio will stop to release new version of angry bird season.I also hear that Angry Bird Season V2.4 is the lastest version.So,no more new version for future.Is it true about this news?

Where have you heard about it? Unless, it’s not confirmed by Rovio nothing is official.

so i downloaded this version onto my iPod, and i have been having nothing but problems with it. granted, it is 3 years old, but it has gotten to the point that even after syncing, letting my iPod die and restart after letting it sit all night dead, and updating everything i can, it still won’t load, it just shows a black screen for 10 seconds then exits out. this only started happening after i had played pretty much every level, gotten many to all 3 stars, and then as soon as i played the piglantis level, it won’t load anymore. i already had to take seasons off my iPod once after this version very first came out because it started doing this and i had no other choice, it erased all my scores and thats why i am trying to figure out why this is happening before i do that again. please, if anyone knows of a way to get this dang thing to work, i would love to know. but if i can’t fix it then i’ll have to reload it and just never play piglantis because that seems to be the common thread here.

I’m not sure what you expect to happen when you leave you ipod to drain out over night.
Have you tried to clear your multitask bar and restart your device?
which gen ipod is it?

But before you delete any game, take a minute and read our Ultimate Backup Tutorial for all Platforms, you do not have to loose all your progress.