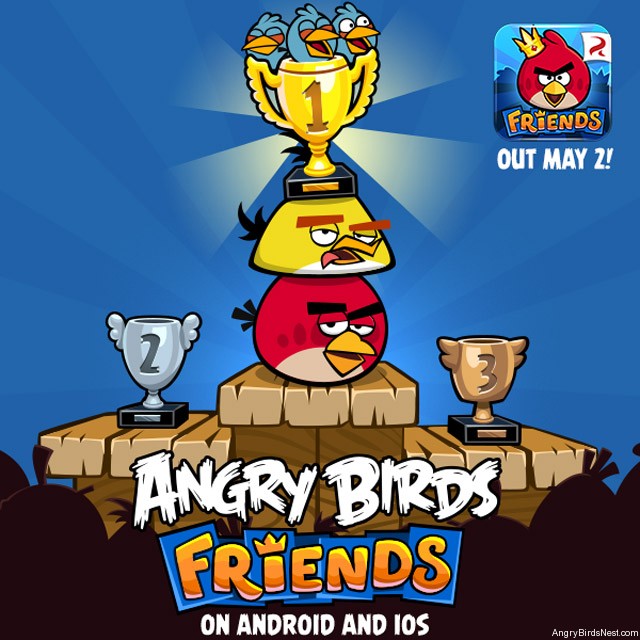 As with the web based version you will be able to:

The questions that remain:

If I had to guess, I’d say probably not. 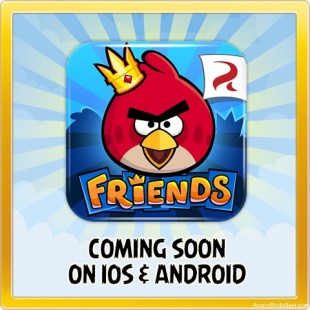 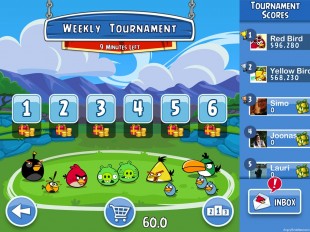 Great job by Rovio again! Will make it really portable to compete with your friends on Facebook.

Do we know if its free or paid app?

Rovio hasn’t made any statements regarding price. My guess would be a “Freemium” app.

That sounds about right. Or they might fall back to the 99 cents price. Either way, it’s another app to add to my AB collection.

I would assume it’s free. The FB game is free, so why wouldn’t this one be?

I wonder if I’ll be able to just play the levels for fun and not have to log in with a FB account.

That would be nice, but I doubt it. Kind of defeats the purpose of the whole “friends” thing…

@spacemaster I am pretty sure that it wouldn’t be possible to play ABF without logging into FB account, otherwise it wouldn’t have much sense. I had FB application on my iPad earlier and I installed it on phone just for playing AB Frinds purpose.

Maybe It uses the Rovio accounts?

Yeah. I guess that would take the competitive part out of it. However, my parents won’t let me get a Facebook so I guess I’m out of luck on this one. I honestly would just like the weekly levels thing.

Fscebook is evil but I just might have to ket my dark side grow a bit to try ABF.

Nope, Facebook Is Fun Where You Can meet Your Friends And Play Some Games

@king-bird well, I would satay away from it because of a true fact it is possible for someone to pay FaceBook $100, Then you can message someone and they can never block you or remove your messages from their page feed. Would you like to be there?

So awesome. I love playing AB friends but i hardly use mt computer much anymore since i got a smart phone. I do just about all my internet ordering from my phn. The only time i use the computer is when my phn wont get out of mobile mode. I’m so excited about this….i cant wait….2.more days. (Actually a little less than 36 hours…Woo Hoo!)

now we are so happy…we do the dance of JOYYYYYYYY!

Now they just need to add something so that non-Facebook users don’t get excluded from the fun.

It is a personal choice for users to not have a Facebook account. It is not Rovio’s responsibility to conform to such choices.

Did you think we need an constantly internet connection to start the game and playing levels? i think so but what are you thinking?

I don’t have any information on this. Sorry.

I don’t understand why Rovio use the same title for such a newly upcoming app that has almost nothing to do with its namesake on Facebook.

I think it will be pretty close to the exact app on Facebook, thus the same name.

Yesssss tomorrow is a great day. Can’t wait playing the Tournament Levels. So to @all my Nester Friends. Happy Flinging and kill the Piggies :-)

Not sure as how others feel but I think it would be a greater challenge and fun if the players are given the opportunity to feather/falcon the levels of the tournaments for ABSW Facebook and AB Friends. Then it would be a real tough competition (as falcons are already costly and ME is limited use in Facebook)

Excited for tomorrow! Can’t wait to see how this works! :)

Speaking of releases… on another site, it was announced that Rovio released ABO for Windows 8 phones.. free until May 15th.

It’s out (App store) for free!

Yes! thanks for the advice

It’s listed as an iPhone app, not an iPad app. Just a little extra info.

you have to play a Tutorial. Afterwards it connects with your Facebook, and then you can play the real ABF tournament with your FB friends.
It does show your real Profile pic though, not your Angry birds avatar.

What if you are not a facebook user? Guess I’ll find out soon enough…

Then you have to create one. the app is asking you that

Yup, as soon as I finished the tutorial, it prompted me to set up a Facebook account. Guess I’ll have to set one up under an alias :)

Its out now on Google Play also :-)

How did you find it? I typed angry birds friends and went to the original angry birds and looked under more apps by developer but could not find it.

not by more apps by developer, just type angry birds friends, and you find it in the list

How much does this cost?